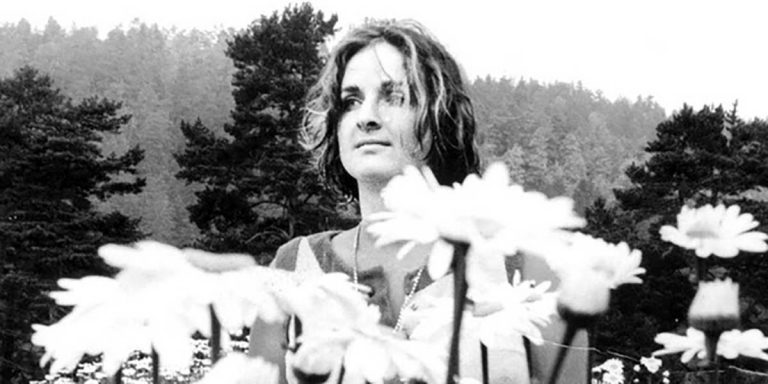 Born in Istanbul on 30 September 1936, Sevgi Soysal was the third of six children of an architect-bureaucrat father and a German mother. Her first story book, Tutkulu Perçem (Passionate Forelock) (), was first published in 1962 in very few copies and could only reach the author’s close circle. Her second book, Tante Rosa (1968), received limited attention and was criticized for “sounding like a translation”.

Following the March 12 coup d’etat, Yürümek was banned upon charges of obscenity and Sevgi Soysal was forced to quit her job at TRT . She spent eight months in Yıldırım Area as a political prisoner and two and a half months in Adana where she was exiled.

She serialized her memoirs of prison life under the title of Yıldırım Bölge Kadınlar Koğuşu (Yıldırım Area Women’s Ward) in Politika newspaper and, later, published them as a book. Published in 1975, Şafak(Dawn ) captured great attention. It tells the experiences of a female writer who was exiled to Adana for praising communism.

During the 1970s and 1980s, Sevgi Soysal was known to be “a writer of March 12 period” for understandable reasons. The March 12 period had left deep traces on her life and her writing. However, issues Sevgi Soysal tackled were not limited to March 12. Her works have been read by many different people over time and have been appreciated by different generations.

In 1992, Işıl Özgentürk adapted Tante Rosa, one of the early works of Sevgi Soysal, and filmed it under the name Rosa, I Love You  (Seni Seviyorum Rosa). With the influence of the flourishing feminist movement, Soysal’s early works, especially Yürümek and Tante Rosa, were taken out of the mists of literary history and brought to daylight. Women who seek emancipation discovered to have common issues with Aunt Rosa of Bavaria, whom male critics once found odd as “foreign and absurd”.

This re-reading attempt did not shove aside Soysal’s late “political” works. On the contrary, it was clearly seen that there was continuity between her works. For instance, the connections between Ela (Yürümek) who was criticized for failing to shift from the individual to the social, and the socialist Oya (Şafak), who continued her soul-searching while in custody, were revealed.

Sevgi Soysal, who was under treatment for cancer, passed away on 22 November 1976 before finishing her last novel, Hoşgeldin Ölüm ! (Welcome, Death).

The gender of informal economy