Hello everyone, I would like to start my article by commemorating all the transgender and non-transgender women who were cut off from us as November 20 is the Day of Remembrance for Transgender Victims of Hate Crimes and November 25 is the International Day for the Elimination of Violence Against Women.

Get ready to lose your taste. While I was preparing this article for you, I lost my taste. I read it with the aim of last control and I lost my taste again. Sometimes I think we shouldn’t be afraid to lose our own taste and/or make each other lose taste. The tastes will be lost, a state of comfort will be broken so that action will be taken. I want us to lose our taste all together and then talk about what will happen next.

This essay is not an article or news text. In this essay, which I wrote in a conversational style as if you were in front of me, and which I hope you can read in one breath, I will try to briefly explain the past and present of transgender people in Turkey, why transgender murders are political, and who benefits transphobia and what gains favor from transphobia, through three different events: Turkey in the 90s and Ülker Sokak, Esat and Eryaman in the early 2000s, today and Bayram Sokak.

Turkey in the 90s and Ülker Sokak

In the 90s, when the millennium was approaching with hopes of joining the European Union and neoliberal economic policies gained momentum, Turkey was preparing for a conference: UN-HABITAT. UN-HABITAT is a United Nations program for sustainable human settlements and adequate housing for all. The second of the conference, which is held in a different geography every 20 years, was held on May 26, 1996 in Istanbul. The conference, the purpose of which was “housing for all”, was unfortunately used as a cover for rent and transphobia in Turkey.

In the 90s, as it is today, the construction sector was one of the largest sectors of the Turkish economy, dependent on the flow of hot money. Authorities saw the idea of creating sustainable human settlements as an opportunity for gentrification and enrichment through the construction sector and went into action before the conference.

Ülker Sokak was a street where transgender sex workers lived and worked together, which was safer for them than the dangers of the outside. Transgender people, who are historically and currently disadvantaged according to existing power relations, were seen as the easiest and most inexpensive inhabitants of Cihangir to be gentrified.

First, it spread with the whisper newspaper that those in Cihangir could not benefit from the increased real estate income because “transgender people live in the neighbourhood”. The street began to be regularly attacked by the police. Transgender women, whose homes were raided and who were detained, were systematically tortured in police stations. After the tortures in the police stations, the police were leaving the transgender people naked outside of Istanbul and in the forests, waiting for them to die there. All shopkeepers in the neighborhood were threatened by the Grey Wolves [Ülkü Ocakları], who set up tables on Ülker Sokak, that their shops would be looted and burned if they shopped with transgender people. Thirteen of the transgender people who had to leave the street and the neighborhood were killed before the first year. In a few years, almost half of the 100 or so transgender people living on the street and forced to flee died, and Cihangir took on its current face.

Esat and Eryaman in the early 2000s

When we came to the 2000s, the same plan began to be implemented in different corners of Turkey. The 2000s were the times when the houses of transgender people in Ankara were regularly raided by gangs, transgender people were extorted, raped, forced to pay money, the police remained silent, encouraged and sometimes accompanied this violence. Desperate after the attacks they experienced in the city center of Ankara, a few transgender women fled and settled in Eryaman, one of Ankara’s districts, which consists of empty lands where there were not many settlements yet.

In a short time, the number of transgender people in the district, who noticed the living and working environment in Eryaman, which is relatively safe compared to the city center due to its distance from the city center, increased rapidly. By 2006, the construction sector, rent and transphobia showed themselves together again. Luxury buildings were erected on the empty lands by the KC construction company. The transgender people who were there when those buildings were not there were seen as visual pollution that devalued the buildings. The gangs, paid by the KC construction company, carried out mass attacks of hundreds of people under the supervision of the police. They shot transgender people in the streets, they spilled nitric acid over them, they beat them to death. They looted and burned the houses of transgender people who fled, desperately giving up everything. There was no place for transgender people, almost all of whom had escaped from the land where they were born and grew up and came to Ankara to survive. Some of them were thrown to different places and just like Ülker Sokak, they lost their lives after being thrown to different places on their own. Some of them returned to the city center of Ankara.

Upon their return to the city center, the gangs, seeing how profitable the transphobic attacks were and that there was no penalty, continued their attacks in Esat. They raided and looted the hairdresser whose customers are mostly transgender people and sex workers. Şemmus Taşdemir, one of the number one defendants in the lawsuit regarding the attacks in Esat, who is currently in prison for another crime, gave a confessional interview with the headline “I cleared Eryaman of all these,” to the Sabah newspaper and while he should have been stood trial and punished, he was heroized and still has not been punished for his systematic and organized crimes against transgender people. Realizing that even many human rights organizations did not want to be associated with them during this whole process and that their only way was to struggle together and to organize, transgender people founded Pink Life.

Dozens of bills of complaint were filed with the prosecutor’s office about the attacks in Eryaman. We learned later that the prosecutor did not even record the petitions, but destroyed them. None of the perpetrators were punished.

Gangs attacked; the state covered, encouraged, rewarded. Continuing her search for justice with resistance, Dilek İnce was shot dead in her car. Despite the fact that she was killed in front of dozens of cameras, the perpetrators could not be found by the state, although there were complaints and records of statements, and the Dilek İnce murder was remained as unsolved. Once again, no one was punished.

Transgender activists, who followed the attacks in Esat, brought the attacks to the judiciary. The case still continues from that day to this. All offenses related to injury are time-barred. We are currently continuing to raise public opinion and strive to ensure that the perpetrators receive the punishment they deserve for gang crime and looting. The next hearing will be held at Ankara Sıhhiye Courthouse on 14 December at 15:15. In 2023, the perpetrators will be acquitted of all charges. We know the perpetrators. We do not leave it to time. We want justice to be secured. For this reason, we invite everyone to follow the case.

Photo of a sealed house in Bayram Sokak 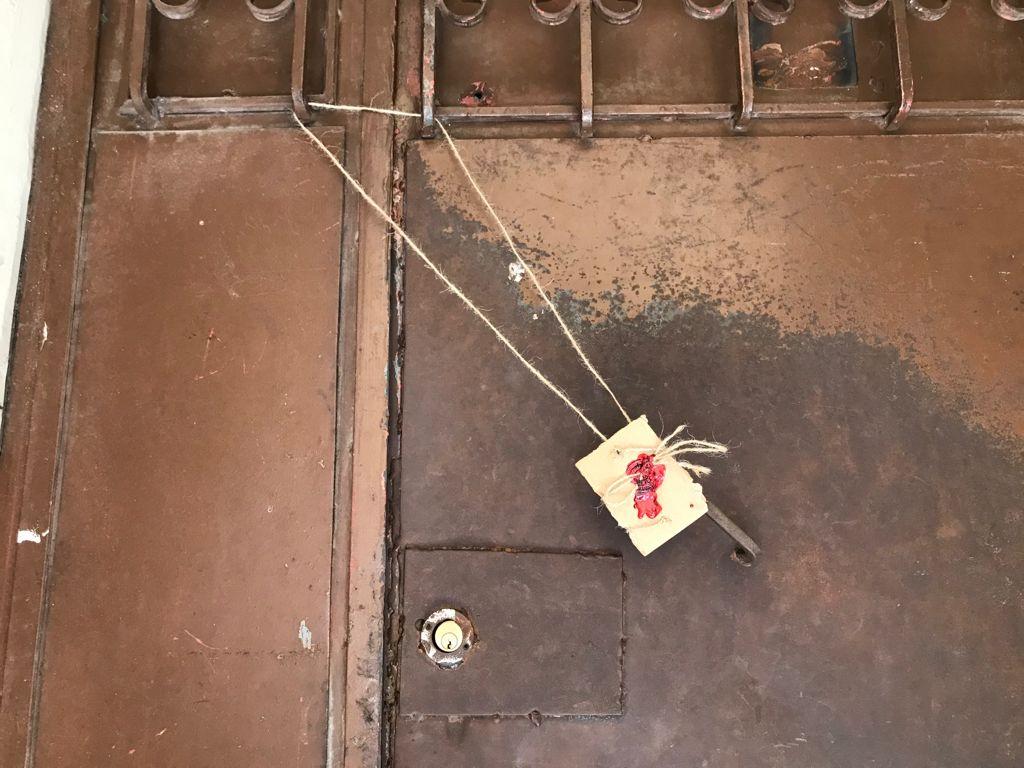 Then I must say I am not hopeless. Don’t be you either. The transgender movement continues to grow stronger day by day. We are not without anyone. We have each other. We are stronger. Our voices are louder. Now we make up our own words about our own lives. We do not allow others to say for us who we are, who we are not, and what we need. But unfortunately, these do not reduce the need for support and solidarity that we always feel.

We are not telling all this to make people feel sorry for transgender people. We don’t expect mercy. We do not wait for approval. We want justice. Our fight for justice continues. We are determined, we are hopeful and we know we have no other choice.

I can already hear some of us asking ourselves what can I do with all this information, then. I can say that the most important step for all of us is to know ourselves, to face ourselves. What does it mean to know ourselves? It’s not just about knowing what you like, what you want or don’t want. To be aware of the disadvantages we have, to know that what happened for this reason is not our fault, to know that we are not alone, that this is not fate. At the same time, to face our privileges, to make way for those who are disadvantaged in the areas where we are privileged, to give up our privileges, to seek ways to do so, to take responsibility. The most important thing is to see the common enemy; patriarchal male-dominated order. There is always something you can do. Strengthening and increasing the contact channels, not forgetting our responsibilities towards each other and ourselves… You already know the rest; being organized in feminist organizations, LGBTI+ organizations and being each other’s voice, the list goes on like this.

I am hopeful that I know I am on the right side with the right people. I trust myself, I trust you, I trust the Turkish feminist movement, LGBTI+ movement, and the transgender movement wholeheartedly. I hope you don’t think I’m too boring after all this history narrative. See me at the party too.

Thank you for accompanying my conversation.

“I have to feel up to come next year”: 9th Boğaziçi University Pride Parade