In her writings, speeches, and life, Nagihan showed how emotion, intuition, meaning can be intertwined with thought and action in a period when we are constantly exposed to hardened and dogmatized knowledge and practices. Hers was a great mastery, and it always amazed the others.

The murder of Nagihan Akarsel, a member of the editorial board of the journal Jineolojî and Jineolojî Research Center, in the city of Sulaymaniyah in Iraqi Kurdistan, has deeply affected us all. As Çatlak Zemin, we wanted to stand in solidarity with our friends from Jineolojî, share their pain and raise our voice against the assassination of a woman who struggled for women’s freedom and produced knowledge in this regard. Please find our interview with Ruşen Seydaoğlu from the Jineolojî team below. 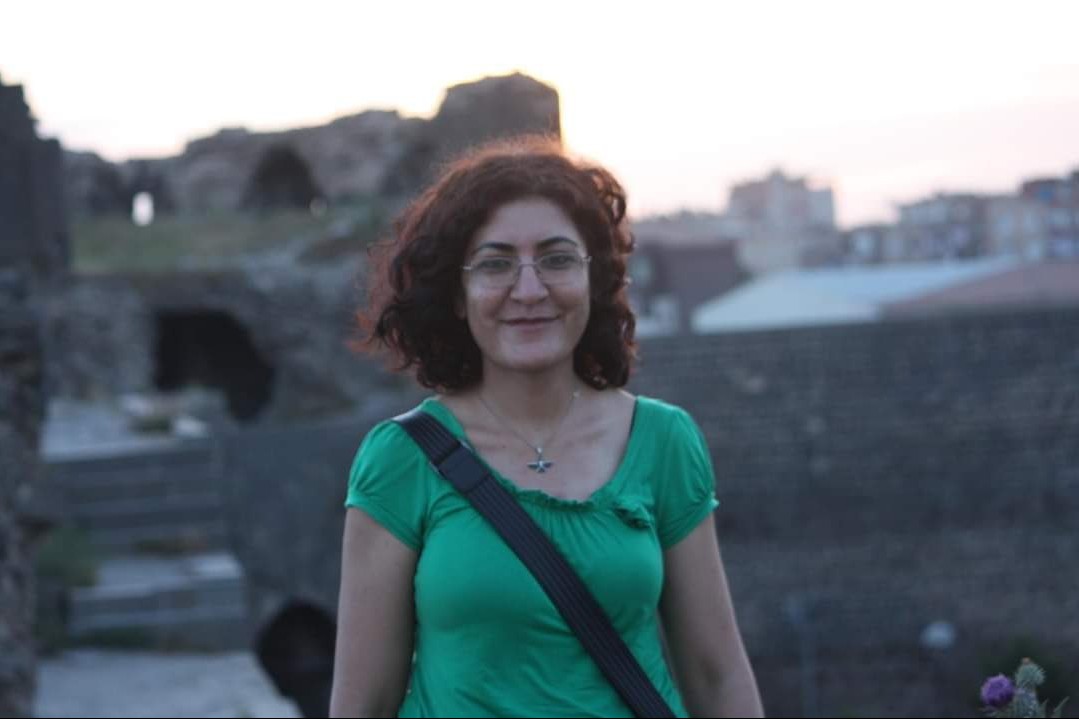 First of all, our sincerest condolences. We would like to hear about Nagihan and her struggle before she died in the horrible attack, and about the conditions that precipitated this murder.

My condolences go to all women’s movements, and all women who struggle for women’s emancipation and freedom. Because Nagihan spent all her life struggling for women’s freedom. For many years, she existed within the realm of free press, that is Kurdish press, as a woman. As we started to have discussions around jineolojî, she started to transfer her experiences as a member of the Kurdish women’s movement and as a researcher-journalist to jineology[1] studies and undertook new research on the issue. She has been on the editorial board of the journal from the first issue onwards. She has written a number of articles and played a role in advancing initiatives in other areas.

It doesn’t matter whether it’s a Kurdish state or not, when we talk about nation states built on patriarchy and capitalism, the attitude towards women does not really change. The government of South Kurdistan, under the monopoly of the KDP (Kurdistan Democratic Party), does not see harm in killing a woman or turning a blind eye to killing of a woman in order to preserve the system and its future. Especially a woman who has dedicated her life to freedom, socialization of knowledge, organizing and leading a struggle can be easily discarded. We know for fact that Nagihan was killed by the collaboration between the male dominant system and every element of the nation state.  It was a planned assassination. They knew where her house was, and what time she was going to leave her house. There was no legal investigation against her in Sulaymaniyah or in any other district of Kurdistan region, which means that this information was collected by intelligence services, and that she was being followed. The number of bullets found on her body is not independent from the intensity of rage involved in femicides undertaken by men. The cases we monitor, femicide and assassination of political women, all point in this direction.

We know that the journal Jineolojî has been published since 2016, that Jineology research centers are being established since 2017, and that Nagihan Akarsel’s is one of the leading names in organizing this form of knowledge. What do you think about the organized targeting of knowledge production on and advocating for women’s liberation struggle? What is targeted by this attack?

As you have rightly stated, both the journal and the research center are parts of women’s knowledge, women’s culture, and women’s liberation struggle. Nagihan’s life was dedicated to this struggle. She paved the way, led the way. She was one of the thousands of women who struggled to ensure that the Kurdish women’s struggle, the perspective on which it was based, and the libertarian-egalitarian system it tried to build first reached the women in her own society, then women’s movements all over the world to bring women together on this axis.

From very early on, the Kurdish women’s movement positioned itself against the system that imprisons women, renders them invisible and kills them on a daily basis; and defends that women would construct an alternative system to make their intervention possible. The attacks were a product of a male dominated system, and we had, and still do have, a problem with the system. Part of the struggle was taking place within the system, women were waging their struggle in all spheres of life that they could not fully partake in – against domestic violence, problems around employment, within culture and arts domains, around education in the mother tongue, and health services. As they were creating policies to fight against women’s invisibility within politics, there was a part of the struggle that continued outside of the system. This wing of the struggle aimed to construct a democratic, ecological, women’s emancipatory social system from the point of view of women, free from the current patriarchal and capitalist relations.

This goal, on which Nagihan built her life, was enough to win the hostility of male-dominated world systems. Nagihan saw and developed the theory of this goal, the awakening of women’s historical knowledge, making it scientific and putting it into practice through various methods, that it is jineology, which will unite us against fragmentation. She was murdered for paving the way for her and for influencing other women. She was murdered because she was one of the millions of Kurdish women who fought to realize this goal. She became a subject for the cause, for paving the way because she caused it and because she influenced other women.

How should one understand the assassination of a Kurdish woman in Iraqi Kurdistan, just as the slogan of the Kurdish women’s movement “jin, jîyan, azadi” has become the slogan of women’s and people’s freedom in Iran and echoes in/with women all over the world?

Jin, jîyan, azadî: these words that are closely related to each other actually. They form what kind of life women want. It is the essence and summary of how they want to live, their struggle to live their life and identity freely, with their identity as a woman. They make up the common belief of women resisting attacks and governing policies implemented with different methods in different parts of the world. In this sense, it is the message of where and how we can establish solidarity.

It’s not a coincidence that the slogan born out of Kurdish women’s struggle to lead an alternative life –one that they believe in and fight for– has resonated with people from all around the world. Both patriarchy and capitalism are in a serious crisis. They are both stuck. The actions of resistance that followed Jîna, included a graffiti that read: “After Mahsa, everything is hanging on by a hair.” We are almost there; women will cut that thread of hair and declare their independence. Women’s resistance all around the world points in this direction. It’s not a dream anymore, it’s determined. We are enthusiastically witnessing and standing in solidarity with women taking back all that was taken away from them. We are creating ways to meet and level up the resistance. Against these creative associations are the current male dominated systems and their treacherous conspiracy that could not devise an alternative way other than creating crises to respond to crises throughout history. The more they cannot govern, the more they increase the pressure on and violence against people. Women are now determined not to sacrifice another thread of hair for the crisis masculinity is in.

We cannot treat the assassination of Nagihan independently of the war waged against the women they could not cope with, the freedom struggle of Kurdish women. They are mistaken that they can intimidate women by creating fear and panic. Not only that, but they also did this to a Kurdish woman in the Kurdish homeland, an organized woman who thinks, questions and resists. They could not foresee that killing Nagihan would increase the resistance, solidarity, and struggle. And that’s how it will be. We have full faith that all women in the world, especially Kurdish women, will escalate their struggle/resistance for Nagihan and strengthen their ties.

Is there anything else you would like to add?

In her writings, speeches, and life, Nagihan showed how emotion, intuition, meaning can be intertwined with thought and action in a period when we are constantly exposed to hardened and dogmatized knowledge and practices. Hers was a great mastery, and it always amazed the others. There should not be a single woman left untouched by this, Nagihan’s resistance, words and world of meaning should reach all women, it is the historical responsibility of all of us, all women who struggle for liberation and freedom, to recount what she believes in and how she fights for what she believes in. Because her assassination aimed at all of us, this is the only way we can respond.

As Jineolojî, we would like to thank Çatlak Zemin for standing by our side during these times of pain, anger, and resistance; and for not missing out on showing their solidarity.