The state is not obliged to find employment for everyone; women as well can participate in activities to support women’s entrepreneurship and become self-employed persons. They do not work under formal economy, so what? They anyway benefit from their husbands’ health insurance. What about the pension rights? More than half of 20 million women who stay out of the labor force are busy with domestic labor and only five out of one hundred women can benefit from pension rights… Women outlive their husbands; when the husband dies, the woman will be entitled to his retirement pension. Don’t they have children anyways? Good children would take care of their parents. 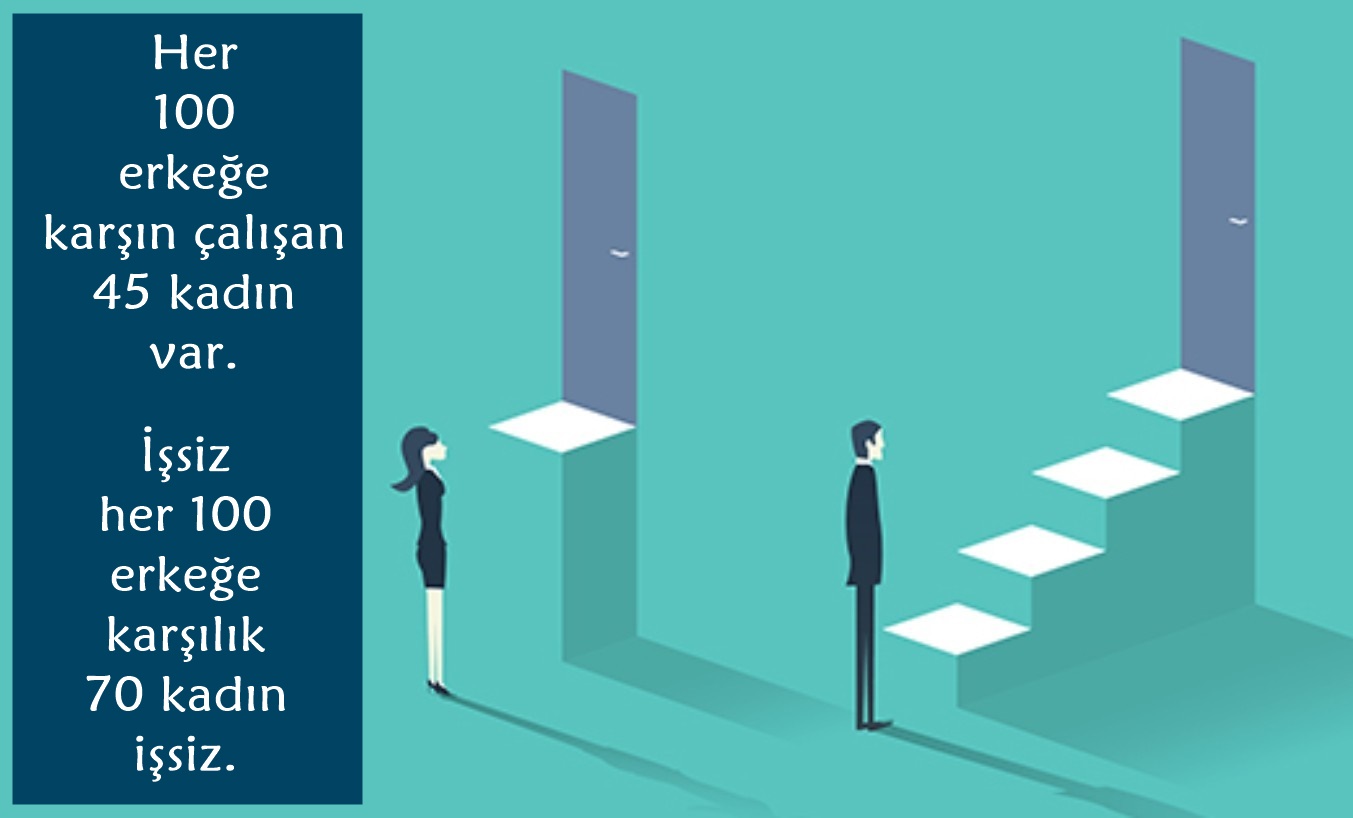 “AKP wants women to stay at home, give birth and take care of the household and family. During the AKP period, women employment has not increased.”

During the consecutive AKP governments, albeit gradually, women’s participation in the labor force and employment increased. Labor force refers to those who work and those who look for a job. Labor force participation rate indicates the ratio of the sum of these two figures to the population over 15. While this rate was 23% in 2004, it was 34% in 2017. Similarly, the employment rate, which indicates the ratio of employed population to the population over 15, increased from 21% to 28% in the same period. (At this point, it must be noted that in EU countries, women employment rate is 61%. Notwithstanding the increase, the rate in Turkey is extremely low.) Thus, we need to ask the following questions: Why is this increase so slow? In which sectors does the employment increase? What is the rate of increase in unemployment? In 2017, it was announced that the growth rate was over 7% and that this was a great success. However, to grasp the extent to which this success reflects on employment and how much of this growth means an increase in unemployment rates, it is important to look at some basic data. 595,000 men joined the labor force in 2017; in the same year, employment had increased by 567,000 people while the number of unemployed people had increased only by 28,000. Conversely, 522,000 women had joined the labor force, employment had increased 417,000 people while the number of unemployed people had increased by 107,000. That is to say, every one out of five women who newly joined the labor force was unemployed. Especially in the non-agricultural sectors, women unemployment is very high. While in non-agricultural sectors women unemployment rate was %19, it was 11% for men. Those who search jobs in non-agricultural sectors are mainly women who have high school or higher degrees. One out of every five women who have a high school diploma or hold higher degrees is unemployed. This ratio is one in ten among men with high school or higher degrees. Approximately two third of the unemployed who have higher education degrees are women. Compared to women who have lower education degrees, women with higher education degrees want to join the work life more. In September 2017, the number of women looking for a job for the first time after graduating was 82,000 while the number of men was 42,000. There are numerous reasons as to why women are far more likely to face unemployment than men. Sexist attitude dominating the labor market causes employers to have bias towards job-seeking women. Employers are reluctant to hire women on the grounds that women will have children after marrying, and then will take a leave or quit the job. Or, they hire women for temporary positions. In fact, considering the reasons for unemployment of people with higher education degrees, the number of those who lost their jobs in September 2017 due to the temporary nature of the position is 153,000 for women and 81,000 for men. Another reason is that for the higher education departments where women are proportionately high, the unemployment rate is higher than the average unemployment rate. We can give two examples: in 2016, the average unemployment rate of college or university graduates based on the department they graduated from was 12%, whereas this rate was 14% among the graduates of language departments. The ratio of women who continue their education in the Literature Faculties, which also include this discipline, is 60%.  Among the students of engineering departments where the unemployment rate was 9%, which is below the average, the rate of women was 28%. Directing female students to “female” professions after their high school graduations leads to overaccumulation of women in certain professions and causes them to face the further risk of unemployment.

Women unemployment is increasing during the AKP period. 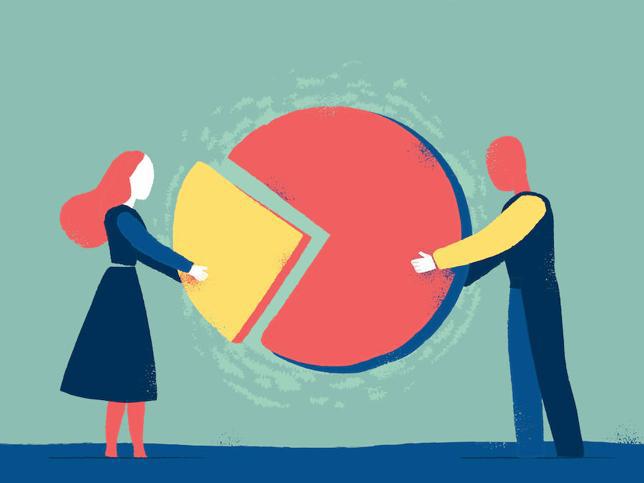 A substantial section of employment increase consists of informal jobs which cannot be qualified as “decent work”.

It must be noted that the above-mentioned nature of the employment increase is intimately linked to government policies. AKP governments which have been expressing their goal of increasing women employment in their official texts for years, offer two things for achieving it: promoting flexible work and supporting women entrepreneurship. With a number of projects and micro-credits aiming at supporting women entrepreneurship, the number of self-employed women has increased. However, an increase in self-employment brings about an increase in informality. In 2017, of 567,000 self-employed women who work in non-agricultural sectors 447,000 women, that is 79% of the women has been working informally. On the other hand, in the same year, there were 911,000 women working informally in paid employment or day-wage works in the non-agricultural sectors and the rate of informal work was 17%. Approximately one out of every five women work informally. Governments claim that promoting flexible working which they define as “flexicurity” will be effective in combating informality. But what is actually meant by flexible work is part-time working, and temporary employment through private employment agencies. Temporary employment through private employment agencies which was regulated by a law enacted in 2016 allows employers to recruit temporary workers from private employment agencies whenever they need. It means that a worker registered in an agency will be paid and have social security as long as she works. When the labor contract ends, she will wait without getting paid or without social security until she is appointed to a new job. In other words, she will either be obliged to unemployment or she will work at an informal job instead of waiting. Therefore, this law yields less flexicurity than insecurity for women. Keeping the labor costs low, the same law provides a cheap labor force for employers. Again, with another law enacted in 2016, female workers and civil servants who have been insured for a certain period of time were granted the opportunity to work part-time after childbirth. According to the law, which was enacted in order to promote increase in birth rates, female workers and civil servants will be able to work part-time for two months after the first child, four months after the second child and six months after the third child at the end of their maternal leave. Wages for their time on leave will be covered by the Unemployment Insurance Fund. This regulation partially responds to the demand of women’s organizations for the extension of maternity leave which they have long strived for. The problematic part, however, lies in another provision of the law which stipulates that part-time work can continue until the child reaches school age. This regulation can seriously affect recruitment of female employees by employers or senior officers in the public or private sector. Employers who already do not want to employ women on grounds that she will get pregnant and give birth will not at all want to employ women because they might want to work part-time for years after childbirth. And they have expressed this in the media at various times. It is difficult to make an assessment as the regulations are still very new and statistical data on the subject has not yet been collected; however, it is not difficult to predict what will happen.

Women will work in income generating jobs, but these jobs will not disrupt their motherhood and homemaker duties. They will engage in income generating activities at home, they will “contribute to the family budget”. Or, a woman should work part-time, work temporarily when needed, give birth to many children, not neglect care obligations. She will also create a source of cheap labor force for capital. In this way, employment rates will increase. Turkey will no longer have the lowest level of employment rate among OECD countries. But, what about increasing women unemployment? Well, the state is not obliged to find employment for everyone; women can as well participate in activities to support women’s entrepreneurship and become self-employed persons. They do not work under formal economy, so what? They anyway benefit from their husbands’ health insurance. What about the pension rights? More than half of 20 million women who stay out of the labor force are busy with domestic labor and only five women out of one hundred can benefit from pension rights… Women outlive their husbands; when the husband dies, the woman will be entitled to his retirement pension. Don’t they have children anyways? Good children would take care of their parents.

Policies of AKP government do not aim at gender equality.

Gender equality cannot be achieved in the absence of macroeconomic policies supporting women’s labor market participation through full-time and secure jobs, and of social policies which entail the public and institutional provision of child, disabled and elderly care services. Don’t the highest political authorities express that they do not believe in equality despite the equality principle upheld in the entire legislation of Turkey, and particularly in the Constitution? Well, in the end, Turkey is the land of freedom.

[*] The acronym of Adalet ve Kalkınma Partisi  [Justice and Development Party] which has been the governing party in Turkey for the past 18 years. (Editor’s note)

So, they say when socialism comes, foreplay will be history…

What does the transformation in the household structure of Turkey mean...