Margaret Atwood is an author who keeps her distance from genetic and biomedical engineering. In Oryx and Crake she created a not-too-distant fictional world under the rule of the monopolies where scientific research goes out of control, ecological pollution skyrockets, and social stratification ossifies. 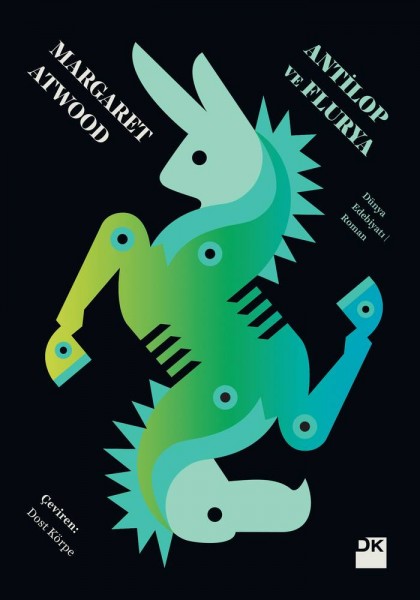 The first literary utopias since Thomas Moore’s oeuvre were based on the undiscovered and unmapped islands or pieces of land. Once the age of discoveries has ended and every place on earth has been marked on maps, utopias were transported to far away planets, or as was the case in the 19th century utopias, to an unknown future. Margaret Atwood in her novel Oryx and Crake (2003) places her interesting fictive utopia onto the human body. Indeed, this utopia is not hers but belongs to a fictive character created by her, the crazy geneticist Glenn…

Glenn thinks that our species is destructive and malicious; and in order to replace this “faulty design”, he works on a new kind of human. This newer genetically modified version of homo sapiens, under no condition, harms animals since it feeds only on leaves, grass, roots, and wild fruits. As these new humans cannot do agriculture, they have no concepts of land or property ownership. They are highly peaceful and ecologically harmonious. They feel no need for houses, tools, guns, or clothes. For instance, their body fluids can produce a natural odor that keeps mosquitos away.

Glenn is of the opinion that violence and gender regime is founded on our chronic sexual desires; he thinks that hormones blur our reason. Thus, he designs his “new species” in such a way that it would be ready for reproduction only once in every three years and only for a very short period of time. Perhaps there is no need to mention it here, but Glenn is a heterosexual man; his actions are based on his assumption that “biology” determines social order.

Margaret Atwood is an author who keeps her distance from genetic and biomedical engineering. In Oryx and Crake she created a not-too-distant fictional world under the rule of the monopolies where scientific research goes out of control, ecological pollution skyrockets, and social stratification ossifies. The living conditions of the unemployed, precarious, and poor masses –and particularly those of the impoverished women– are extremely harsh. In such a world, the utopian imagination of perfect bodies carries within it the potential of evolving into a dystopia.

Glenn’s plans are not limited to homo sapiens 2.0. He is well aware that we will not give them a chance to survive in this world. He plans a bio attack that would completely annihilate our cruel species; he releases a drug which everyone in the world would like to use… This youth drug, which supposedly gives its users an unlimited libidinal energy and sexual power in addition to overall feelings of well-being and health, indeed contains a virus.

What happens next is rather familiar: As the scientists try to figure out the cause of deaths, the people are called to keep calm and stay at their homes. Harbors and airports are being closed; cities are put under lockdown. Medical experts in suits show up on screens with graphics showing the spreading rate of the pandemic and maps that indicate the infected locations… Advices and warnings such as “boil your water before drinking” or “do not shake hands” become widespread…

Finally, they detect the virus which looks like soluble jelly tots with spikes, however, they do not have the time to come up with a vaccine. They cannot find a way to stop the viral deaths or the chaos. As the doctors and nurses start to get sick or flee in panic, nothing is left to be done. People were being told that “Entering or exiting hospitals have been prohibited until further notice. If you are feeling sick, drink large quantities of water and call the below mentioned hotline.”

Margaret Atwood made us –the women– think deeply with Handmaid’s Tale. It is equally fascinating that in her book Oryx and Crake she tells the story of the consequences of a global pandemic which calls into mind coronavirus as if she had already seen it in her dream.