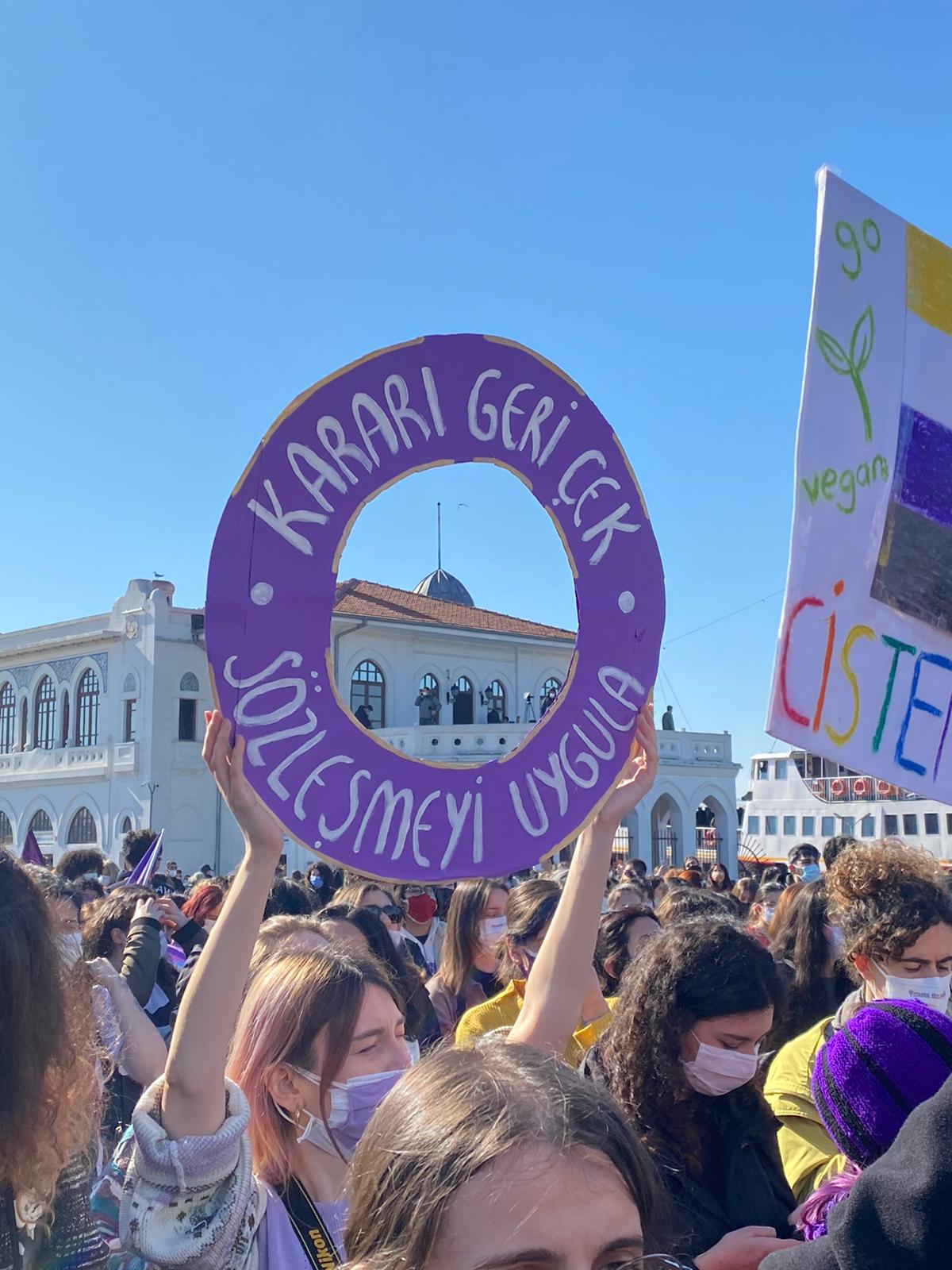 Women’s rights have been systematically targeted by the AKP regime since 2010. The roadmap for these attacks started with the abolishment of the Ministry of Women and Family Affairs replaced instead by the Ministry of Family and Social Policies in 2011, followed by attempts to almost completely eliminate legal abortion rights in 2012 and by the report of Parliamentary Investigation Commission on Measures for Strengthening the Family and Preventing Negative Effects on the Family Union and Factors for Divorce published in 2016. The report proposed amendments to the Penal Code, the Civil Code and Law number 6284 on the Protection of the Family and the Prevention of Violence against Women for protection orders, including proposals that would pave the way for early, forced, child marriages; prevent women from divorcing by usurping their alimony rights; make family mediation mandatory in divorce cases, and hinder the issuing of protection orders. Eventually we started to see certain pro-violence fundamentalist groups against women and gender equality start to challenge the Istanbul Convention as well. The most serious of these attacks happened in July 2020 when the government announced it might withdraw from the Istanbul Convention. In the ensuing months, the government was forced to retreat in response to strong public opinion, led by women’s and LGBTI+ organizations, various politicians, municipalities and the private sector.

The Attempt Is Illegitimate

However, on March 20th, in the middle of the night, we witnessed an attempt to terminate our basic human rights. We saw in the Official Gazette that Turkey had withdrawn from the Istanbul Convention, eponymous of Istanbul, to which Turkey was the first signatory and which is boasted of at every opportunity. It must be stated very clearly that this decision is legally void, unconstitutional, and incompatible with the internationally agreed principles on human rights law. First and foremost, we claim that “This decision is null and void” because the President’s decision is an administrative act. According to the Turkish Constitution, human rights, civil liberties and freedoms cannot be regulated with Presidential decrees and decisions. Also, Law 6251, which ratified the Istanbul Convention, and was passed with unanimous parliamentary approval, is still in force. Therefore, the withdrawal is not legally binding and the Istanbul Convention is still in force.

However, it must be said that the decision would still be illegitimate, even if all legal procedures had been followed. The Istanbul Convention is a basic human rights agreement and withdrawing from a human rights agreement means withdrawing from the volition to safeguard human rights. The government’s repeated claims that a “native and national” agreement will be drawn up, that the true source of violence is alcohol, addiction, etc., that national law is sufficient to prevent violence against women make it clear that the mindset we face refuses to accept patriarchy and gender inequality as the source of violence and will therefore be unable to prevent gender-based violence. This is clearly demonstrated by the hate speech targeting LGBTI+’s in the statement released by the President’s Directorate of Communications presenting the “normalisation of homosexuality” as the justification of withdrawal.

Originally published in Turkish in Birgün daily on 31.3.2021