If you are into comic books or graphic novels, you are most probably familiar with the sexism of the mainstream culture around this genre, and how it is full of cis-het male main characters; how “powerful” women are depicted as “devilish” or presented through their physical characteristics that prime their sexuality or a patriarchal sense of beauty. The disempowered women, on the other hand, are either victimized and need to be saved, or they are only present as side characters. Fortunately, the rise of feminist and LGBTI+ movements and their political discourse becoming more widespread not only changes the language of the quotidian but also forces published content to be more intersectional by questioning both the content of and the language employed in the works. It is thanks to these struggles that we are no longer obliged to accept these mainstream comic books and graphic novels full of sexist and heteronormative cliches (surely there are people among us who love the mainstream works despite everything, we are not alone or lesser of feminists).

This process allows for the mainstream to transform alongside with opening a space for alternative publishing houses and artists to produce amazing works. Therefore we, Şahika and Selin, got together to share the graphic novels we have enjoyed reading with you. The common denominator of this list is that the main characters of these novels are women. Undoubtedly, most of these works are created by women and LGBTI+; however, we have included male illustrators and storytellers who have focused on women in their stories. With regret and anger, we have not featured graphic novels that revolve around a strong female character, but we are not sure whether they are feminist or not, ie. Buffy the Vampire Slayer, on this list because their creator has been called out by the #metoo movement.

Naturally, this list is not an exhaustive one! We can make this list grow with your input through comments on feminist graphic novels you have read, heard of, loved (or disliked)!

PS: Unfortunately, some of the graphic novels included in this list are not yet translated into Turkish. That makes them harder to find or purchase. We hope that more of them will be translated in the near future. 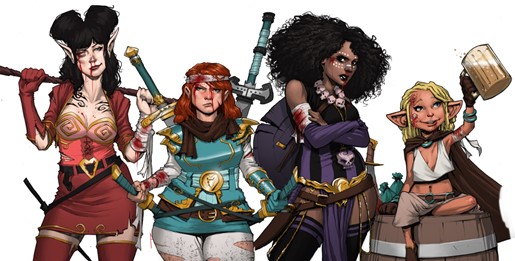 In this fantastic story from the Middle Ages are: Braga, a transgender orc who was the heir to the throne but gave it up to become a mercenary; Violet Blackforge, from a land that does not favor female dwarves to become warriors and cut her beard as a sign of protests against her father and her people who are all bearded; Hannah Vizari, a wizard elf that hides the horns growing on her head following a deal she made with the devil horns under her bun; Betty, a member of an organization that takes from the rich to give it to the poor, and a lesbian likes to enjoy herself, hallucinogens, and alcohol; and Delilah, the former head-priestess of a cult who ran away following her realization of the cult’s horrendous beliefs still in possession of special powers. We are delighted to read about the adventures, friendships, relationships and life stories of the bounty hunter gang, Rat Queens.

Snapshots of a Girl (Beldan Sezen)

This autobiographical graphic novel is about a lesbian who comes out to herself, family, and friends. It’s a story about getting to know yourself and to say “I exist” in world sieged by hetero patriarchy. Beldan Sezen, from the get-go, states that her intention is not to label herself with a fixed definition but to tell that she demands a space to exist here and now. On top of the turmoil of a migrant child who never felt that she belonged to the country they left or the one they reside now, we witness moments where she tries to explain her gender identity to her father, aunt, and mother; and how she came across feminist groups and body politics. As Sezen tells her story of non-confirming to gender roles assigned at birth, as readers we feel relieved to see her mother give an “evil eye” to her. This story goes to all non-confirming persons, to us all. 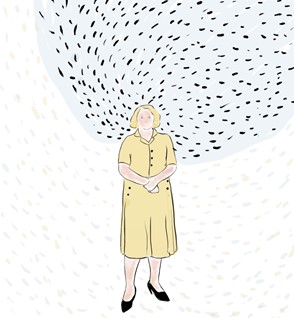 If we were to quote Aslı Alpar, this graphic novel is about “an ordinary woman with an ordinary life”. As much as it’s the story of Alpar’s grandmother Emine Hanim, it is the story of our, our mothers’, our grandmothers’ lives dictated by hetero patriarchy. The incredible story of a seemingly ordinary life of a woman who could not continue her education, be with the one she loved; who found herself in an unhappy, insecure relationship after having said “yes” to marriage in order to get away from her father’s house; who has to deal with psychological turbulences and physical illness on her own; who had to induce miscarriage through dangerous means because she did not bring up the subject of abortion to her husband; and who rapidly gets older as her husband gets more agile with years… Apart from this struggle to exist, we witness the loving relationship between the narrator of the story Aslı and her grandmother; Emine Hanim’s happiness regarding her other grandchildren and children, her  resentment towards her sibling and how they make peace; and her playful side. All of these are accompanied by Alpar’s unique drawings and modifications on photos, which are a testament to all these experiences!

Fun Home: A Family Tragicomic/ Are You My Mother? (Alison Bechdel) 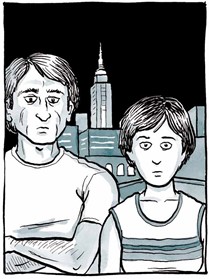 We love Alison Bechdel. She is an illustrator that we can identify with as we read her genuine stories about her relationship with her family and partners, and her therapy session we are included in. Fun Home: A Family Tragicomic shows us the reflections of Alison Bechdel’s own life through sexual identities, suicide, psychoanalysis, literature, and mythological references, which proceeds through her relationships with her family, mostly her father. “A Family Tragicomic” mini explanation, which we see just below the title on the cover of the book “Fun Home”, seems to describe Bechdel’s story that makes you smile, fills your eyes with tears, suffocates you from time to time, and delights you with clever wordplays. The sentence “I grew up resentful of my father treating his furniture as his children and his children as his furniture” gives us a slight hint about the general mood of the book. We witness his father’s “inability to get out of the closet”, and her family’s transformation into a funeral home, just like the work they did. In Bechdel’s story, who identifies herself as a feminist lesbian, we witness her emotions and experiences during her coming out process.

Are You My Mother, regarded as the sequel to Fun Home: A Family Tragicomic, we are invited on a journey through Bechdel’s relationship with her mother and therapy sessions. While we read the story of Helen, who moved away from her beloved art life due to her marriage and child responsibilities falling upon her, we are acquainted with the double life of Helen’s spouse and how her spouse does not take part in domestic labor, and her distant relationship with her daughter. We feel the weight of the question Bechdel’s mother poses: “Do you love me?” While reading the turbulent story of the mother-daughter relationship, Bechdel reflects all these heavy feelings and directs us to question our relationships, feelings and memories with our childhood, families, and partners.

Dykes to Watch Out For (Alison Bechdel)

If you are looking for lesbian feminist short stories, don’t have to look further than Alison Bechdel’s “Dykes to Watch Out For” serial. Bechdel’s caricatures published in various newspapers between the years 1983-2008 have been collected in a book but you can also access them through this link:

The Trouble with Women (Jacky Fleming) 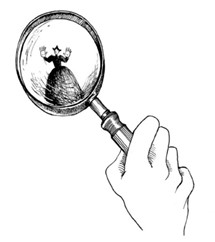 Feminist caricaturist Jacky Fleming received the Prix Artémisia in 2017 with The Trouble with Women, a work full of irony. Fleming weaves in a few issues related to feminist politics in a cynical manner, including how women are rendered invisible, excluded from public spaces, education, and vocations to be imprisoned to domestic sphere, invisible domestic labor, body politics with examples from history. The book opens with The Royal Society’s motto “Nullius in verba” (‘take nobody’s word for it’) and has a list of women mentioned in the book alongside their short biographies at the end.

Tillie Walden is among the youngest artists who have received the Eisner Best Reality Based Work Prize in 2018 with Spinning – an autobiographical tale centered on Walden’s ice-skating past. She draws to describe the technical movements in ice-skating then to associate her emotions to these movements. Her realistic adventure that is made up of friendship, love, family, gender identity, competition, obligations, and radical decisions  that span from her childhood to puberty makes you read it in one go. 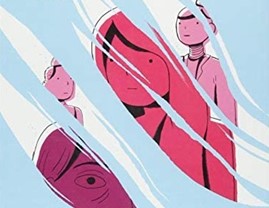 What do you think the world would look like years after men have become extinct? Aminder Dhaliwal gives us plenty to think about her perspective on the subject through her posts on instagram tagged Woman World since 2017. She treats the fears, interests, worries, and happiness of women following men’s extinction in a funny, ironic, emotional, and political manner. Her emphasis on inclusiveness, empowerment, treating yourself and others with care puts a smile on our faces. This feminist work was nominated for the Outstanding Online Comic category of The Ignatz Awards. Although the story takes place in an unknown future, we cannot help but find familiarity in the ways women relationships and being women are depicted in this story. “Once upon a time there were men…” 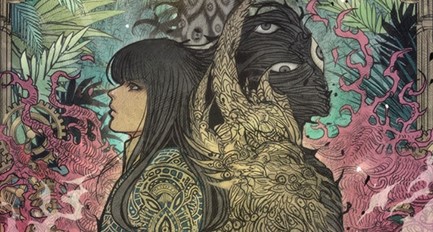 In Monstress, an epic tale that combines the aesthetics of steampunk, fantasy and manga, the main character Maika has a “monstress” with incredible powers inside her. As Maika tries to get to know her monstress, and to discover her past, she holds an important place in the war between humans and other worldly forces. We should underline that powerful characters fundamental to the stories of war and racism in Monstress are mainly women. Moreover, Maika is accompanied by a cat that talks… What more could we ask for?

There is more to come…

A strange Tinder story: flirting in the meta-reality