What Leda sees in Nina is not just a motherhood experience, but one that is denied or ignored by everyone in the world. 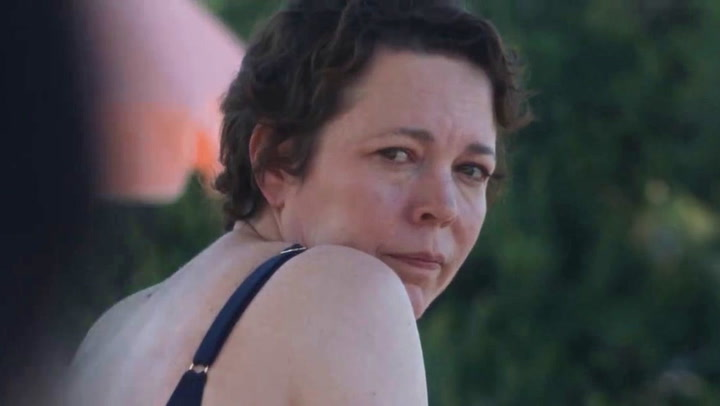 The film adaptation of Elena Ferrante’s namesake novel The Lost Daughter is written and directed by Maggie Gyllenhaal, and Gyllenhaal’s first feature film. Ferrante gave the rights to adapt The Lost Daughter with the condition that Gyllenhaal were to direct the movie herself. I feel it is important to start with this detail, as it’s a feeling Ferrante-fans will relate with. Although this article is about the film, the fact that it is an adaptation of Ferrante’s novel affects the reception of the film –at least for Ferrante-fans–  and seeps into this article. The affect mentioned here does not stem from comparing a literary work and a film, but from cross references, and from common themes and affectivity in Ferrante’s novels. Offering a complex, dark narrative about emotions surrounding motherhood –that we are not used to reading about but feeling–  and what both parties to a mother-child relationship feel is just one of these commonalities. And that’s exactly the story told in The Lost Daughter.

The Lost Daughter’s opening scene is a close-up of a woman lying on the beach, looking as if she passed out, while the waves are crashing on her. This snippet from the final scene foreshadows that the holiday of this woman, who in the next scene is driving to the house where she will be spending time on her own, is not going to be as peaceful as she had expected it to be. It is another woman who does away with her serenity and unfolds what is yet to come. Actually, it’s the impossibility of not turning the lens on ourselves when we witness another woman’s experience. The 48-year-old Italian translation studies professor, Leda, starts to reminisce about her youth as she observes Nina, in her early 20s and a mother to a little girl. At first, moments of reminiscing look like unpleasant memories, but with time, it transforms into an act of remembering that is presented using a linear narrative through flashbacks, which renders the stories of Leda today, and Leda as she remembers herself in her 20s as a young mother of two who is about to join academia, to be told parallel to another. Before launching into a discussion on how these two narratives present motherhood, I would like to explore what gave rise to this narrative: how someone else’s experience prompts self-reflexivity –beyond a simple triggering of memory–  and makes it possible to make meaning of the state of womanhood. The uniqueness of this film lies in its ability to create a space for unrepresented experiences and revealing the silent wisdom of women. When Leda observes Nina, she not only revisits her past but also comprehends Nina’s situation, exhaustion and emotions based on her experiences. This perception, women’s gazes at each other, and common but private moments they witness turn into a feminist way of seeing/gaze. By calling it a feminist gaze, I refer to a gaze that reveals the experiences –if not their existence on earth– rendered invisible by patriarchal strategies over women’s bodies, speech, and action through means of banalization, trivializing, normalization. What Leda sees in Nina is not just a motherhood experience, but one that is denied or ignored by everyone in the world. How, with motherhood, the body of the mother is attached to, and her mind is inseparable from a child. Loving a child but finding them unbearable at times. Not being able to raise her voice when she knows the child is physically and mentally hurting her. Feeling guilty for raising her voice or fearing her motherhood will be subject to questioning. Trying to convince herself that she has to like this experience of losing her subjectivity with the weight of this new state of being that took over her time, body and emotions.

All narratives of past are built on today’s perspective, information and needs. The way in which Leda remembers her youth also takes the audience on a journey to her youth from Leda’s perspective from today. She looks at her youth, the moments that left her desperate, and those she remembers in disappointment, in the same way she looks at Nina.The fact that she remembers the moments that suffocate and oppress her, as well as the moments that reflect her desire to escape and to be a subject, shows the complexity of and the tension within the experience of femininity –  going beyond establishing a cause-effect relationship. Despite what Leda sees and remembers make up the foundation of the film, she is not just a subject with the power to look, name and speak of; she is also a character that is looked at, defined/named, and spoken about. More importantly, she is party to unuttered contracts regarding them. Nina thinks highly of Leda, and of her solitary presence at the beach for she has been able to say no to her family, something Nina desires but cannot find the energy in herself to pursue it. When Nina notices she is being seen, she approaches Leda for the possibility to be understood by. The moment when Nina’s eyes, in need of help especially during moments where she is overwhelmed by her daughter Elena, meet with Leda’s gaze, is the film’s strongest statement about motherhood.

The gazes are not restricted to women’s gazes. I would like to step back here and revisit Ferrante. In Ferrante’s narratives about women, their stories and relationship with each other, men are not featured as protagonists although they always have powerful roles. Their existence, manifested through their active roles or silent existence (and at times, in the form of their photo hanging on the wall at their houses), has a restrictive effect over women’s lives by repression, and trying to control or exploit them. When relationships involving love and passion are represented outside of this framework of repression, they are told through narratives that do not derive from patriarchal narratives of love that center the loved man as a woman’s unique way of finding meaning in life and reason for existence. But rather, they derive from perceiving love as a stop in her personal quest. We could say that the film strives for and manages to establish a similar effect. Despite the limited dialogue and roles assigned to men, they are positioned in ways that renders them controlling and repressing women through their gazes. The man that takes care of the house Leda is staying, the macho men in Nina’s family, the powerful woman figure in the family looking at little kids, Leda’s ex-husband, and professors at the faculty –  they all use their gazes with the intention to monitor, control, name, threaten or to bring someone in line. All these gazes serve to disclose their power over and in shaping women’s lives. That shows the mundane character of male domination, the affectivity generated by it, and their effect on women’s emotions and choices. 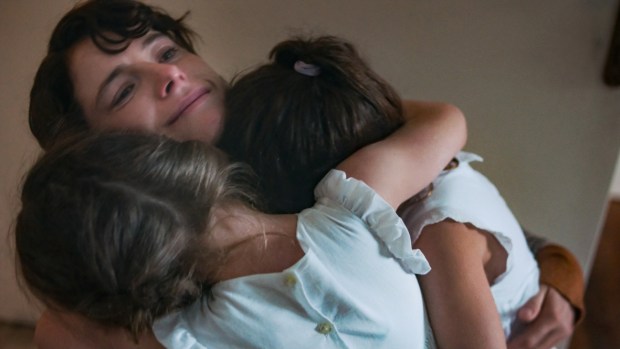 The representation of motherhood in the film portrays women’s different and complex experiences of desire, obligation, joy, and exigency. When Leda says, “I’m an unnatural mother,” she confronts us with an unexpected utterance coming from a woman on motherhood. She stands against the patriarchal discourse –dictating that the natural destiny of women is to become mothers– with her own reality. The fact that a woman, who has already become a mother, is able to say she is not fit for motherhood follows from a series of confrontations and conflicts with herself, society, her child, and patriarchy. Although there are a few scenes presenting motherhood that are open to discussion, the weight of motherhood on women is only uttered by Leda: motherhood as a crushing responsibility. A type of crushing that you cannot shake off once you’ve become a mother, one that emotionally and physically crushes women.

The moments presenting the synergy between the mother and the child help reveal how motherhood is experienced, in the same way that gazes render visible the invisible. The close ups allow us to develop an affinity towards these private moments, such as when the child physically injured, the terror of witnessing the desire of the children to destroy  you so they can become themselves, feeling obliged to hide your joy of being away from children, fear of losing, remorse from acting in a bad manner, the privacy of the physical and emotional intimacy. Crushing responsibilities speaks to these moments as much as –if not more than– the conundrum created by running away, or the desire to run away, from these moments. What if a woman chose to live her life despite all this misery? What if she abandons her children, thinks about her career, listens to her desires? What if she acts selfishly? In other words, what if a woman with children takes the decision anybody else takes about their lives and relationship with themselves? After all those years, Leda is still full of inquietude, she cannot hold her tears back when she is talking about the three years she spent away from her children as the best time of her life. She explains her decision regarding her life, and then to return, with “I’m selfish”. The tension between women living the life expected from them and chasing their passions/dreams does not disappear by picking a side, it is not even assuaged by making a choice. The obligation to live with this tension and inquietude is among what the patriarchy stole from women’s lives. While it is easier to talk about or represent the distress of women leading lives they did not want for themselves, it is much more difficult to turn the following into something that can be talked about or explained: emotions that strip them away from the luxury of having the right to be ambivalent –for it makes you question yourself even when you make your own choices, makes you doubt the decisions you have made–, the freedom to act selfishly, of not being embarrassed for following your desires. For all that, you first need to have the alternative to live your life. In a world where women are left with no alternatives, opportunities of representation and narration suffer from a similar lack of alternatives. From this perspective, through representation, The Lost Daughter, by creating an alternative space, manages to transform this tension into something that can be talked about. Perhaps, it is possible to think about the doll –the actor of the main conflict in the film– as a symbol of this tension. Leda’s past is no longer hers. No matter how much she cleans and dresses up the doll, she cannot get the water out of the doll’s belly, or get rid of the dirty water spilling from its mouth, which is signaling the doll is beyond repair – just like her past. All she’s left with is possessing the power to accept herself. In this regard, the final scene seen in the beginning of the film can be considered as rebirth. What is the power to decide not to be repressed or erased in their own narratives by recognizing the tension and the common experiences of women if not a rebirth made possible by feminism?

(Is there anything) beyond the silent majority?