Although economic violence is a widespread form of violence that renders women dependent and impoverished and underlies other forms of violence, historically, it has been tackled less and largely neglected. 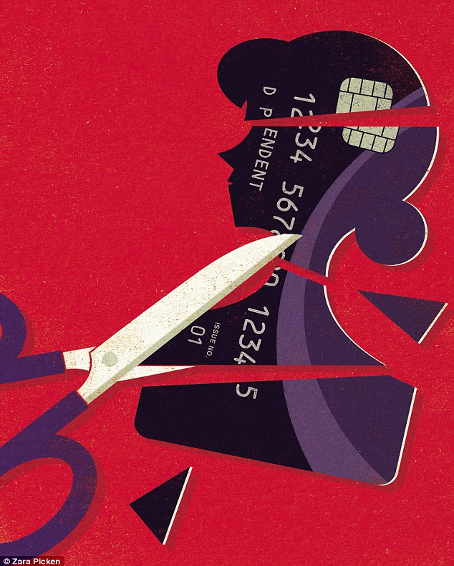 With the COVID-19 pandemic during which we are called to stay at home, violence against women is increasing and continues to be a “shadow pandemic” (UN Women 2020). Let’s go over the prevalence, invisibility, and normalization processes of economic violence –one of the many forms of violence experienced by women– using psychosocial response methods.

Economic rights pertain to having a decent standard of living in which basic needs such as food, housing, health care, and education are fulfilled. Such rights include the ability to make decisions concerning one’s own labor power, using or saving up one’s income as one wishes, working at a decent job in exchange for wage, not being discriminated against while working, having social security, and having equal pay for equal work.

Economic violence is the deprivation of “human” of their economic rights. However, since the abstract “human” in this description usually refers to the heterosexual, white, male subject, it is important to include women’s experiences into the human rights perspective. Fortunately, the second and third waves of the feminist movement have exposed the violence that women experience in the private sphere, and naming the perpetrator, defined it as “male violence”.

The majority of studies which tackle violence against women as a human rights violation focus on the ways in which violence becomes manifested through physical, sexual, and psychological symptoms. Although economic violence is a widespread form of violence that renders women dependent and impoverished and underlies other forms of violence, historically, it has been tackled less and largely neglected.

The Istanbul Convention (2011) defines economic violence as a form of “domestic violence” –such as physical, sexual, psychological violence– and as a crime: every act such as threat, coercion, and deprivation from economic liberty that does or may harm women regarding their economic rights is economic violence. Economic resources and money are used as a tool for sanction, threat, and control. One might think that if women are economically well-off, they live in prosperity and the rate of women’s subjection to violence decreases. However, feminist backlash hypothesis points to the increasing likelihood of violence as women have more freedom and higher status (Riger and Krieglstein 2000).

Studies in the field of psychology tackle economic violence within the scope of psychological violence as a form of intimate partner violence (Waters 2004; Fawole 2008; Stylianou 2018). The World Health Organization (WHO) defines intimate partner violence as a pandemic; as a public health problem experienced by 30 to 45 percent of women at the low-, medium-, and high-income levels. It is considered gender-based violence due to the differences in intensity, frequency, form, and lifetime impacts on women (Berry 2020).

Forms of economic violence are categorized according to various criteria. One of these criteria is the location where violence occurs. Violence can take place at home, in family and kinship relations or in workplace/work life (Fawole 2008). At home, it can take the form of lesser access to family income (or inheritance), healthcare, education as well as poorer diet when compared to the men in the same household; obstruction of work or being forced to work in jobs which she does not want; confiscation of her jewelry, money, bank card; being prevented from saving money and buying property; being forced to marriage with bride price or bride wealth, etc.

In the workplace, it can take the form of overworking yet underpayment; unpaid work outside the employment contract; having no prospect of promotion; being forced to work without insurance and with the risk of being unemployed any moment; sexual harassment at the workplace, being pushed to informal sector, flexible, part-time, home-based work; prohibition of pregnancy by labor contracts, being laid off during the pregnancy, etc.

According to women’s experiences, sexist-discriminatory tradition and laws are among the forms of economic violence. The peculiarity of economic violence lies in the fact that it continues even after divorce, and, hence, it is more difficult to end. While, in Turkey, 80% of divorced women have experience of violence and the average alimony is 1/7 of the minimum wage –and considering that alimony is not paid at all by half of the obligated parties– the bill that wants to curb women’s economic rights should be considered the economic violence per se.

It is reported that economic violence rates amount to 30-40% in Turkey (Gülseren and Başterzi 2017). The rate of women who own a house by themselves or with someone else is 18% and who own land is 9% (TNSA 2018). The gender pay gap is 20% and this rate goes up to 40% for those whose level of education is below high school. The rate of women who hold managerial positions is 16%, and gender gap in pensions is 30% (TUIK 2019).

The most important issue that creates gender-based differences in violation of economic rights is the unpaid, “invisible” domestic care labor. In Turkey, the rate of married women between the ages 15-49 who do not work at a paid job is 68% (TNSA). It is reported that globally, the value of unpaid care labor of women above 15 is three times more than the global tech industry with at least $10.8 trillion. The rate of women who do not participate in the paid labor force due to unpaid care responsibilities is 42% (Oxfam 2020).

Capitalist patriarchy produces economic violence by clamping women between paid and unpaid work on the one hand and posits an idol of “superwoman” who says, “I will be a career woman and a mother”, on the other. Economic violence disguises under the “lifestyle” of time-poor “super” women with endless shifts.

In many countries, men normalize and defend this kind of discrimination which is based on unequal access to opportunities. More than half of the men participated in a research conducted in five Latin American countries think that “women and men are not supposed to have equal opportunities”. Two thirds of men in Bangladesh; one third in countries such as Iran, Mexico, Uganda; one tenth in China, one thirteenth in the USA stated that “boys rather than girls should be given priority for university education” (Chen 2005). 82% of men from seven countries in the Middle East and North Africa believe that men have more rights to work than women, especially in the case of job scarcity (UNICEF 2007).

According to a 2016 report of ILO, only in one fourth of 80 countries a broader definition of economic violence is legally adopted to include prevention of women being employed and working.

In a study conducted with 485 women who have received consultancy about domestic violence, 38% of women stated that their partners stole from them (Stylianou 2018). 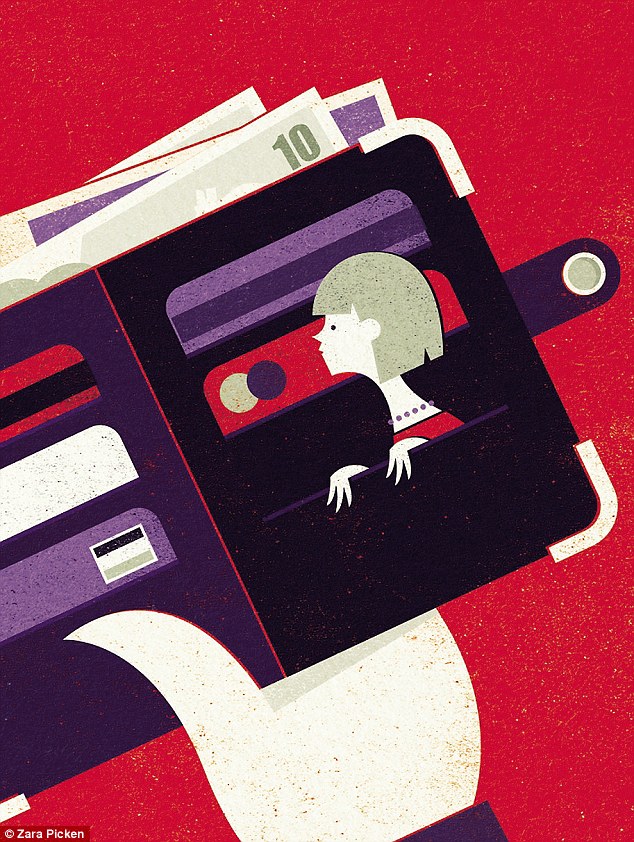 Conceptualizing the gendered “continuum of violence”, Cockburn (2004) points to different forms of violence against women in times of war and peace. Gender inequality, exacerbated by the war, and the invisibility of women and LGBTI+ asylum seekers fleeing economic violence feed male violence. Many women rely on men who have more economic resources needed for jobs and housing. Being pushed to work in insecurity and fear of deportation compel women to remain silent against sexual assault of men such as their bosses.

The first complete scale of 28 questions that measures experiences of economic abuse was developed in 2008 (Scale of Economic Abuse – SEA, Adams 2008). This scale which was created by referencing victims of partner violence and their lawyers was revised in 2015 (SEA-2) (Stylianou 2018). The “waking” responses of women filling out the scale vary in the spectrum of sadness, anger, self-blame, relief and disappointment. On the other hand, the demand for justice and the need for psychosocial response which would empower women “economically” are common.

Sudden and major social changes similar to those brought about by global economic crises may reshape gender norms, building solidarity networks that were previously nonexistent (Unaids 2012). SEWA which was established in India in 1972 by the collective effort of more than 1.9 million women who work informally is a good example to promote economic empowerment. According to Ela Bhatt, one of the founders, “Even if women work part time, they should be paid full-time salary.” Women who organized not only for decent working conditions but also for healthcare services, childcare, and tap and toilet for every household became empowered together. SEWA with its healthcare professionals who pay regular visits to homes has positively affected women’s mental health especially after disasters and incidents of mass violence (Chatterjee 2018).

There are a few studies aiming at developing creative psychosocial responses suited for their experiences in order to improve impoverished women’s mental health, but they are increasing in number. It is stated that gender sensitive and trauma-aware treatments can be more effective than the “general” response approach to common mental health problems (Berry 2020).

There is widespread belief that non-customized treatments will be ineffective in responding to partner violence. However, studies conducted in low- and medium-income countries show that psychological interventions are effective when “accessibility, acceptability, and sustainability” are achieved. It is demonstrated that non-specialists (community/family health centers, women’s shelters, NGO employees) can successfully make psychotherapeutic interventions through a task-sharing teamwork (Tol 2014).

It is a widespread myth in society that “Woman can end a relationship if she is subjected to violence.” Healthcare professionals often hesitate while responding to violence against women, thinking that this is not a health problem but a personal/social/legal problem. There are numerous reasons why women stay in abusive relationships: abusers threaten women with death (half of women who have been subjected to violence are killed in two months after they end the relationship), repeatedly express remorse and promise to change. Also, among other reasons are economic dependency; the strong belief that the family should stick together; social, religious, familial pressures; fear of losing her children; anxieties over being a migrant and deportation.

Women who are subjected to violence expect healthcare professionals to listen to and believe their words and not to be judgmental, to refer them to appropriate shelters, social services, physical and mental healthcare services, and legal services, to say that partner violence and economic violence are crimes. Women who are subjected to violence expect to be supported with psychological first aid and a safety plan. For this reason, for every healthcare professional it is critical to know and implement the basic principles of the guidebook of WHO and the World Psychiatry Association (LIVES schema) when responding to violence against women. It may be an appropriate approach to combine preventive and therapeutic interventions and address both the causes and the effects of violence.

After all, an ever-giving myth of “femininity” with infinite resources and normalization of violence by not questioning it will strengthen the abusers. Only if gender equality is promoted, economic violence will no longer be the norm. Notwithstanding different socio-economic conditions, women who refuse to be caught in the patriarchal dilemma between the proper and the victim create their own possibilities of resistance and solidarity.

* This article is the short version of the presentation at the 5th Women’s Medicine and Women’s Health Congress held in Izmir on 21-23 February 2020.

ILO (2018) “Ending violence and harassment against women and men in the world of work”. 107. Session, Geneva. https://www.ilo.org/wcmsp5/groups/public/—ed_norm/—relconf/documents/meetingdocument/wcms_553577.pdf

Pink Life LGBTI+ Solidarity Association: “The decision to withdraw from the...

6-7 September of Women, The Istanbul Pogrom