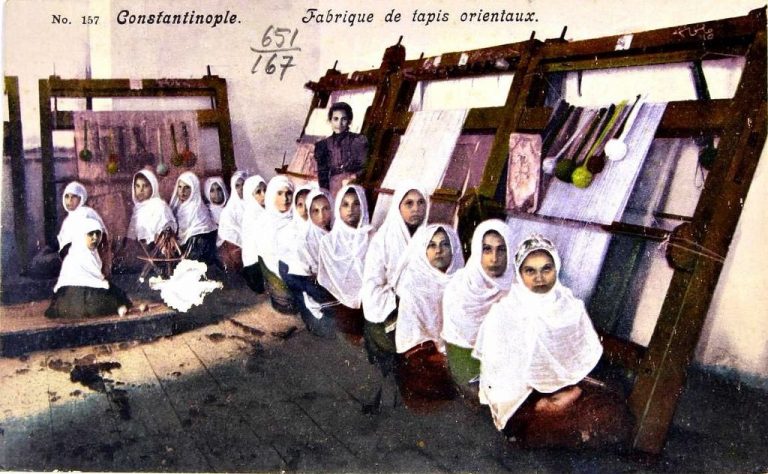 The Treaty of Baltalimanı signed between the Ottoman Empire and the UK in 1838 and the Tanzimat reforms of 1839 formed the legal basis for the transition of the Ottoman Empire’s economy from its closed and traditional structure to free trade. With the non-tariff regulations and capitulations, entry of foreign capital and machine production increased in the country.

With the development of capitalism and the use of new technologies in production, the machine-breaking, which was common at the time in Europe, especially in Britain, emerged in the Ottoman Empire, as well. Resorted to even prior to strikes, machine-breaking is an act of resistance by workers against the fear of unemployment, harsh working conditions and long working hours, and decreased wages.

Although it has not been documented yet, women workers in Dobri Jaleskov’s factory in the city known as İslimiye (Sliven) in today’s Bulgaria revolted against the machines for the first time in the Ottoman Empire in 1839, believing that the machines would make them redundant as workers. Again, in 1851, in a weaving workshop in Samarkov, Bulgaria, women workers attacked the mechanical weaver reacting against the possible unemployment and lowering their wages. They gave up their protests after they were promised that the mechanical weaver would not be used again.

In the Ottoman territory, the most violent machine-breaking protest happened on 13 March 1908 in Uşak, an important center of carpet production.

During the “industrial revolution” when production was made for international markets, steam-powered looms came to be used in the industry and the chemical dye industry started to develop in the mid 19th century, Muslim/Turkish women who were not allowed to work in the factories started to be employed in the carpet-rug weaving sector by setting up carpet looms at home.

As a result of rapidly increasing demand for Oriental carpets from the European and American markets, carpet weaving became a major commercial sector in Western Anatolia, particularly in Uşak, Gördes, and Kula since the 1870s. Working conditions of the sector worsened. The volume of carpet woven in Uşak increased from 75,000 square meters to 250,000 square meters from 1885 to 1896.

Apart from the production at home, Rum and Armenian women were weaving 14,000 loops per day in 17 carpet production centers which were opened in traditional carpet weaving centers such as Uşak, Kula, Gördes, and Demirci by the Oriental Carpet Manufacturers Limited – a monopoly established by foreign companies to sell Anatolian carpets to the world. Additionally, factories which produce or import carpet yarn were eliminating manual labor, and the work of peasant women who did manual wool cleaning, wool spinning and dyeing was taken away. The fact that the yarn produced in the factories was mostly of poor quality led to a decrease in the wages of women who were weaving carpets at home and being paid per square meter of carpet.

Tiridzade, Yılancızade, and Bacakzade, the wool spinning/yarn factories established by local merchants infuriated women who were unemployed and increasingly impoverished. Demands for closing these factories and banning yarn imports were not taken into account. 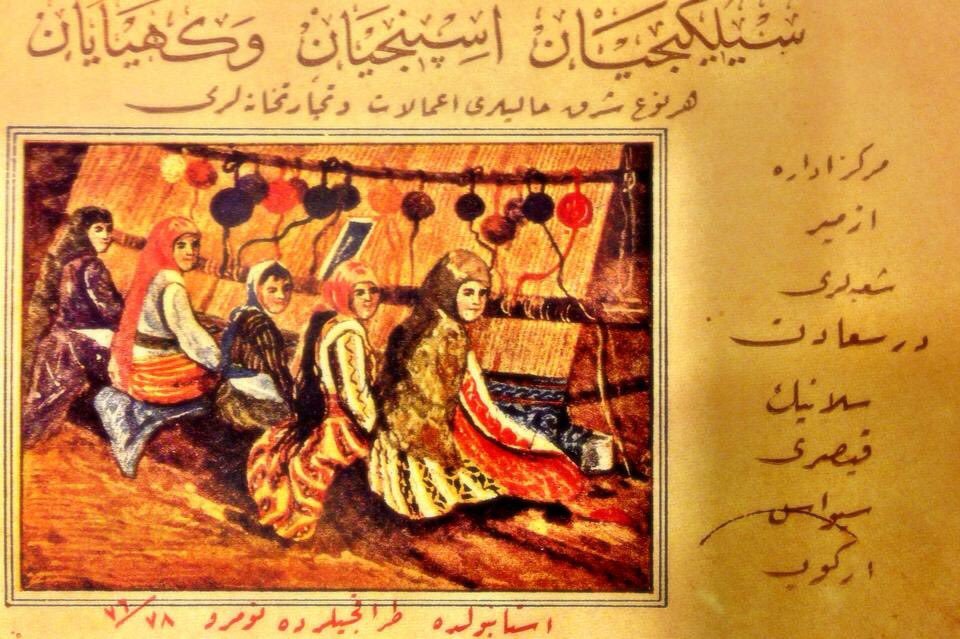 On 13 March 1908, 1500 people, mostly women and children, from Uşak city center as well as surrounding villages, gathered in the Uşak Yarn Market and started protesting unemployment by lifting up their spinning wheels and beams. Protestor women workers who headed towards these yarn factories destroyed the machines, looted wool and yarn, and set the factory buildings on fire.

Protests lasted for days, women marched to the district governor’s office to demand the release of their 14 friends who were detained. The Uşak District Governor who failed to suppress the riot was discharged from his office. Protestor women workers did not allow some factory owners to have the roofs of their factories repaired to protect the remaining machine parts from rain. They protested against the repair and demanded that the factory buildings be demolished again. The governor and the chief commissioner of Kütahya to which Uşak is administratively affiliated, were sent to suppress the riot. After listening to workers’ demands, the governor and the chief commissioner stopped the rebuilding of factory roofs and tried to explain the reasons for the protestors’ anger to their superiors in Istanbul: the majority of these women were unemployed because of the yarn factories, The Oriental Carpet Manufacturers Limited and its representatives in Uşak. They said that the livelihoods of women from Uşak and neighboring villages could be secured if the factories were closed and yarn import from the trust was banned. The governor and the chief commissioner advised that the central government meet these demands and that any different approach could perpetuate the protests which might lead to violent suppression and other troubles.

The reconstruction of factories was hindered for a while. These factories could not be reopened for two-three years. At the same time, this revolt triggered the great wave of strikes which paralyzed the Ottoman Empire throughout the entire year in 1908.

The factory lootings and machine-breaking by women workers from Uşak by revolting against unemployment and harsh working conditions is recorded in the women’s labor history of the Ottoman Empire as the “Weaver Looting”.

What does the transformation in the household structure of Turkey mean...