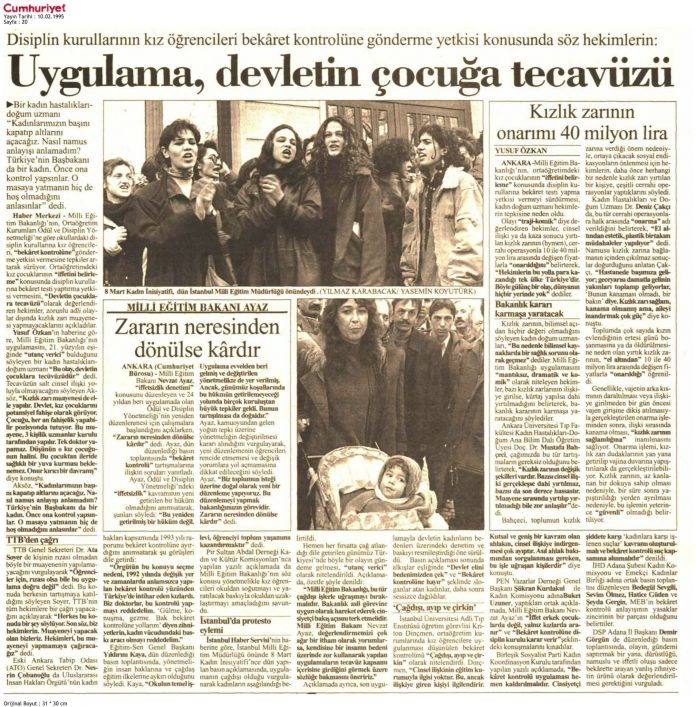 The article 287 of the Turkish Penal Code, which entered into force on 1 April 2005 stipulates that persons who submit women to virginity testing (genital examination) or who perform this examination shall be sentenced to imprisonment from three months to one year.

What is academia to us?

Could prisons be a remedy for male violence?