The withdrawal from the Convention and the discussions surrounding it, not only legitimized discrimination against women and LGBTI+s, but also brought with them promises to assuage the anger in the public about the fight against violence. 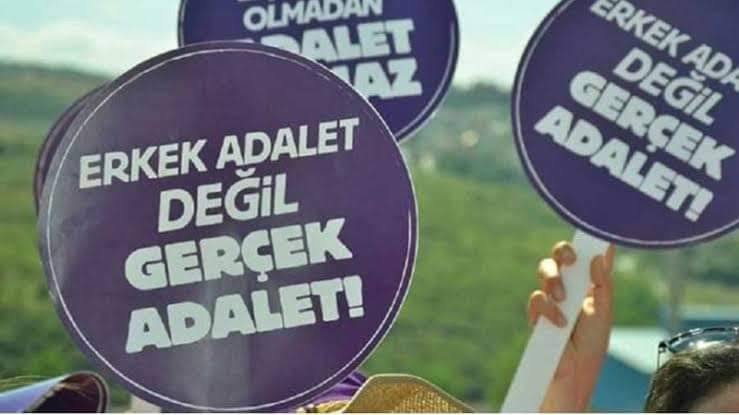 Bekir Bozdağ, the Minister of Justice, introduced The Bill on Amendments Envisioned in Combatting Violence Against Women and Violence in Healthcare drafted by a Research Commission of National Assembly tasked to investigate the causes of violence against women in all its aspects and to determine the measures to be taken, with the following statement: “From now on, no one will benefit from the good conduct reduction for wearing a tie.” The bill was presented to the Speaker’s Office of the Grand National Assembly of Turkey (TBMM); and it will be debated this week at the General Assembly of the Parliament. The bill includes amendments to the penal code that are pro-women. Proposals include criminalization of stalking, consideration of violence against women as a sentence aggravating factor for crimes involving violence, measures limiting good conduct reductions in sentence decisions, listing willful injury among catalogued crimes, and appointment of pro bono lawyers to women survivors of violence by the Code of Criminal Procedure (CMK). These proposals are the responsibilities not only expressed by women’s organizations working in the field for years but also imposed on the State by the Istanbul Convention.  Despite the positive changes proposed by this bill, it falls short of being effective and does not address the root concerns, because it is based on a pretense that is blind to gender and gender-inequality as the root cause of male violence against women.

At midnight of March 21 of last year, Turkey withdrew from the Istanbul Convention and entered a new era of combating violence. Although the Convention was never adequately implemented, it had served as a reference with its comprehensive approach based on gender equality. The withdrawal from the Convention and the discussions surrounding it, not only legitimized discrimination against women and LGBTI+s, but also brought with them promises to assuage the anger in the public about the fight against violence. Various arguments and promises were listed, ranging from Turkey writing its own Convention to combat violence against women, to claiming its laws are already sufficient to do so. After a short while, TBMM Research Commission on Determining the Causes of Violence Against Women was founded, and various experts and people who have nothing to do with the subject were consulted to find answers to questions anyone working in this field could easily answer. Gender is mentioned in the Commission report dating March 8, 2022, only as part of quotations from previous national action plans and internal trainings of various institutions (it’s difficult to completely erase the past). The Istanbul Convention made it in the report only as referenced in parliamentary motions moved by  opposition parties. All work conducted prior to 2021 with reference to the Istanbul Convention is no longer recorded. We should also make a tragicomic note here that the Convention is not credited in the summary of international documents concerning combating violence against women in the 4th National Action Plan, let alone having references to it within the body of the text, as the previous action plans had done.

Despite this Istanbul Convention antagonism, we can see that the articles of the convention are in both the commission report and the bill without making a reference to gender. It’s such an irony that the State is trying to implement selected articles of the Istanbul Convention following their decision to withdraw from it. This redemonstrates the pessimistic situation the advocates wishing to stop violence against women have to endure in Turkey. While the Convention is based on equality, its guiding articles are centered around prevention of violence, protection of women from violence, punishment for perpetrators of violence and coordination of institutions that are responsible for combating violence. Women’s organizations state the problems regarding the implementation of Law 6284 and coordination every time they have a platform to do so.[1] The primary condition for eliminating violence can be realized by development and implementation of pro-gender equality policies.

Otherwise, with the role of practitioners in the male-dominated approach and the influence of political will, these existing laws remain on paper, become dysfunctional, and the gap between law and implementation increases. As women’s organizations working in the field and feminists monitoring court cases, we have been saying repeatedly for years now that what is done in practice matters, and due to the growing gap between laws and practices in Turkey, even the existing laws do not work.

Policies against gender equality did not appear out of nowhere as discussions around the Istanbul Convention started. In fact, it’s more accurate to say that anti-equality sentiment is the main reason for withdrawing from the Convention. Both discursive and legal fields have experienced strong attacks on women’s rights in the past years. The discussion of alimony regulation, which is a clear attack on women’s rights in civil law, is one of the most concrete forms of these attacks. It’s been more than 10 years since abortion is de facto banned in our lives. All these attacks aim to keep women from making their own decisions over their bodies, labor, lives and identities, and subject them to the rule of men. Although there are no legal grounds for it, the state demands the husband’s permission from a married woman who would like to star using an intrauterine device, which means that the state leaves the lives of women at the mercy of men– while at the same time, thinking it would be able to “tame” the men, who have been bestowed all this power, by scaring them with punishments.

However, feminists have long argued that combatting with violence cannot be confined to the framework of punishment, and that the penalty increases are in fact harmful to reduction of violence.  They have stated that heavy sentences create an obstacle for women to report and file complaints about the violence they have been subjected to; and instead, they underlined the importance of effective implementation of the existing adequate laws, in all establishments women might refer to file a complaint, from neighborhood institutions to the court houses – with the recognition of the unequal social position of women in society.[2] They said that the violence experienced by women is systematic and a repetitive impunity policy prevails in the mechanisms they resort to against this systematic violence. They have showed how impunity works in a sexist manner in cases where women, who were subjected to systematic violence, were not granted unjust provocation sentence reduction for killing the perpetrators as an act of self-defense.[3]

When feminists launched the Kadın Cinayetlerine İsyandayız [We are revolting against femicide] campaign in 2010, they aimed to introduce the concept of femicide to the public and make it mainstream, and to reveal the sexist decisions given by the judges behind the closed doors of the courts, including the unjust provocation reduction to sentences – or as they put it, “sentence reduction for masculinity”. By monitoring the femicide cases, they created public opinion and put pressure on the judges. This pressure was much needed because non-compliance with gender norms was considered a reasonable justification for killing women and led to reduced sentences. Unjust provocation reductions clearly legitimize male violence, and this bill does not even mention that. This is a clear example of the worthlessness of women’s lives. It reveals that justice is not for women. Couldn’t it be added to the effort to find a solution to this last-mentioned good conduct reduction, to break the male solidarity in the courts? It could not be done because it is impossible to see injustice without seeing gender. That’s why today we still have to demand real justice, not male justice. But will justice be established only after we are beaten, wounded or dead?

Let’s refresh our memory with Nahide Opuz’s story. Nahide Opuz and her mother had filed numerous complaints at the attorney general’s office and with the police after being subjected to systematic violence and receiving death threats by Opuz’s husband. But the perpetrator of the violence was either tried pending trial each time or was released while in detention. Nahide and her mother were forced to withdraw their complaints with threats. Upon withdrawing their complaints, they were no longer eligible for protection measures. While Nahide Opuz’s mother was killed for no measures were taken to protect them on the grounds that there was no systematic violence; the murderer received a reduced sentence for good conduct and unjust provocation. This case study proves that it is not possible to combat violence with only a few amendments to the Penal Code, and that a much more holistic and comprehensive support mechanism is needed. Nahide Opuz and other women surviving violence need: issuance and implementation of precautionary and confidentiality orders for adequate periods of time for women, providing and coordinating all kinds of support within the framework of their unique needs, and developing and implementing woman-friendly best practices along every stage of the process– from taking the complaint to the prosecution and investigation stages, to collecting evidence and to the sentences given to the perpetrators. Justice for Nahide Opuz, her mother and all women who have been subjected to violence has to go beyond punishing the perpetrators and establish a political will that will ensure women lead their lives freely and independent from any threat of violence.

[2] Could prisons be a remedy for male violence? https://en.catlakzemin.com/could-prisons-be-a-remedy-for-male-violence/

For the original in Turkish / Yazının Türkçesi için:

“They can no longer break this resistance” / Interview with Canan Arın

Statistics once again revealed the nature of the labor market which is deprived of gender equality, in Turkey