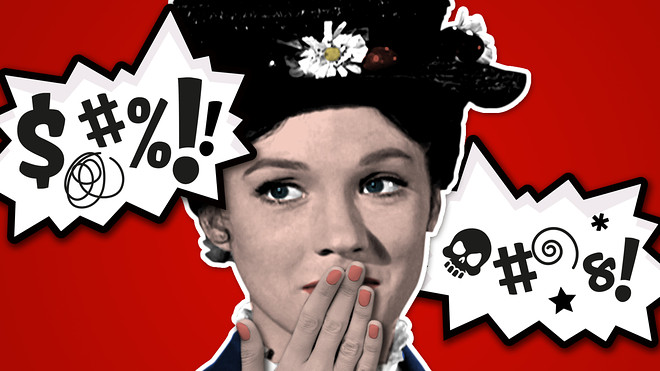 Hello, Femihat. My question for you constitutes an ongoing dilemma for me. I’m aware of the importance of language and I pay attention to certain words to refrain from making sexist comments. However, I don’t take issue with the swear words I use in daily life on a regular basis or the f-word. Do you really think these slang words and the infamous “f-word” I use out of habit are problematic? Because, previously I was labeled as misogynist and sexist on the spot for using these words. If I were to stop using them, would I be creating any change? Why shouldn’t we use them exactly? I’m curious to hear what you think.

First of all, thank you for bringing up this important topic, well said ☺ Profanity is in fact a complicated issue. On the one hand, I do think that swearing challenges the notion that “nice girls don’t swear”; breaks the taboo; sticks out a tongue to the structure that conceptualizes women as objects exhibited in fancy glass cases in living rooms, removed from real life. It demonstrates that women also go out on the streets and this is a part of their lives and language. And in some cases, I actually enjoy seeing a foul-mouthed woman. Especially if there are astonished people around her, then it’s a sight for sore eyes!

But needless to say, it all boils down to what we say with those words. We can go out on the streets with our flags, swear unreservedly, but unfortunately the words that come out of our mouths are often weird hybrids reflecting the mentality that is already dominant on the streets. Because we don’t know any better. Thus, the swear words we came to know are often nothing beyond crude descriptions of acts of violence. Regarding the ones that don’t include the threat of violence, the other tendency is often to follow the principle of “if you’re not one of us, then you suck”, and list adjectives to remind others −who are not regarded as perfect− why they are not superior. Especially considering that the perfect category only includes individuals that are cis heterosexual/ Turkish / Sunni /male people, the remaining %99 are bound to suffer…

Ok so, if we really feel like swearing, cursing, but these words are all we have, then what do we do? One alternative is to remove the swear words out of their humiliating contexts, change and transform them. Getting rid of their negative associations, owning them up, personalizing them and thus removing their humiliating aspects. This method can actually be quite effective sometimes with regard to the labels /adjectives I mentioned. Once you say “We’re proud to be faggots…”; once you remove the gayness from their context and personalize it; then you emancipate both yourself and your language, from then on you own that word. What’s left behind is a residual dominance with no words ☺

But in some cases, it is difficult to apply this method. For instance, the ‘f’ word you mentioned that you like to use; the word is imbued with a violent agency, one that forms the basis of its dominance upon gender. And no matter how hard you try, it’s very difficult to transform such words; the suggested action is anchored to it. And unfortunately, every time we utter this word −whether we do it unintentionally or not− , we reproduce that act. Some words (especially ones like these) are never just words, they suggest an act every time they’re uttered. Sometimes they can even be considered as acts on their own. Hence, even though we prefer to refrain from prohibitive thinking, once we utter the word, we’re responsible for it. Thus, sometimes we need to self-reflect, question our intentions instead of trying to legitimize our actions, and this can be good. As a matter of fact, I do think that this reflection is an important, unique, and extremely valuable aspect of feminist politic: Initiating change by starting with ourselves. None of us are “the feminist”, we weren’t born that way; we didn’t grow up that way. We came this far by getting hurt, making mistakes, and it’s very likely that we’ll go on that way as long as those experiences hold the potential for self-transformation.

I feel like I hear you saying, “So dear Femihat, I thought swear words were good, but what should I say instead of the f-word?”. There might be lots of different ways to overcome this, pondering and going back to past conversations might be inspiring. While I was a single woman with a partner, on a day that I was listening nonchalantly to the retelling of a married couple’s fights, an older woman from the same family − annoyed by my attitude− said to me “build your own nest, then you’ll see your mom’s c***” [1]. This brief phrase startled me, and at the same time amazed me with its ability to cramp the entire criticism of the institution of marriage into a short sentence. Perhaps, we can build a brand-new female language drawing upon old sayings from mothers-grandmas, combining them with our made-up words, why not? Maybe, taking a look at the articles in the two links below and the Women’s Slang Dictionary can be a good departure point.

As long as we carry on thinking and imaging a different world collaboratively, perhaps our language can be one of the gardens we will cultivate on our mutual path, what do you think?

[1] A humorous (and obviously sexist) slang Turkish phrase suggesting that building a nest comes at a price. The original phrase rhymes. (Translator’s note.)

Women object to being passive spectators of disclosure

Background of TERF dispute: How did it all come down to...

It is women who cultivate tea