We are struggling against feelings of anger, anxiety, and inadequacy stemming from the questions which are asked to a pot plant but not to us. All the women in the business life say, “I want my opinion to be sought when my work environment is being shaped”. 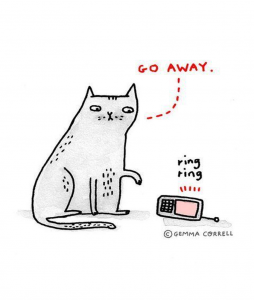 I do not know when I first got introduced to the concept of open office. My mother was working in a government office; she was one of the tens of people sitting on tables arranged like school desks in a somewhat orderly large room where noise and rush were never missing. This conscious order perhaps has been chiseled in my mind from my school days, and I did not at all find it strange. I was only surprised now and then. I was not able to wrap my mind around how a person could do serious things in the midst of shouting from one end to the other, the noises of typewriters and fax machines, and the telephones that never stopped ringing. At least in the school there was a teacher who was responsible for keeping the classroom quiet and calm; and the unstoppable chaos and all that noise of my mother’s workplace seems weird to me. Also, from time to time, when there were not many things to be done, there would be an increase in the number of women who read gripping novels under their tables. Their hidden rush would break my heart a little. It seemed to me that if a person could visit other tables and chat with her colleagues when she does not have anything to do, then she should also be able to read a book comfortably at her own desk. Witnessing these moments, I thought that I would never work in such work environments when I grow up. I felt like I had no strength to endure all the phone calls, all the calls from one end of the office to the other, the endless fidgeting and commotion that pervaded that box with four walls.

When I grew up, things didn’t turn out to be the way I imagined they would. I found myself in open offices which were even more stressful and filled with stimulant noises that come with digitalization. I was not able to concentrate on my work without my headphones; but I was made to sit in those modern common rooms where I spent at least eight hours every day to do my job as efficiently as I could. During those eight hours, I was worried about who might be looking at my screen and nervously tried to find an angle for my screen so that nobody would be able to see it and lived with the fear that I might not hear my phone when it rings because of the headphones. During those hours when I turned the volume of my music down, I listened to an adultery story from its middle and the problems that my colleague who is sitting on my left has with her neighbor. Actually, I listened to too many stories which I would not have liked to listen to and worried about fitting in, I also told as many. In order to get my work done, I had to struggle one-by-one with the flesh and bone distractions in the office. After a while my situation seems sadder and more absurd than that of the woman who was secretly reading a book under her desk.

It did not take too much time for me to understand that my colleagues were not sensitive to these issues. During the day we were exposed to the same stimuli and listened to loud phone calls all together. At the end of the day, I was the only knackered one who without any energy wanted to lock herself in dark rooms. The anger, stress, and tiredness that I felt on account of the open office stimuli was way more than the occasional fatigue that they felt. I thought that I must be the one with a problem. Either my immune system was weak, or my vitamin levels were low.

After I realized and accepted that I was an introvert I understood that I was not the problem. Nobody was asking my opinion or inquiring my feelings about how my workplace should be like. Like a pot plant I was made to sit at the space that was opened for me. There was not even a single soul who worried about whether or not I liked my place, my water. On top of that, I was expected not to wither but bloom like a flower.

After I read Susan Cain’s book Quiet I saw that this situation about the design of work environments was an transnational issue that concerns every introvert. Actually, Susan Cain takes this issue a step further and argues that open office structure reduces productivity, causes high stress rates, increases blood pressure, and weakens memory.

I thought that the problem is not with my vitamin levels and there should be tens of others who are perhaps in my situation in their business lives. I wondered how many people have to struggle against feelings of anger, anxiety, and inadequacy simply because they do not have a room of their own where they can work comfortably. All these were stemming from the questions which were asked to a pot plant but omitted when it comes to us: where would you bloom, shine and grow peacefully?

I often ask these questions to myself. Then I asked other women from the business life. I asked a psychologist, a human resources manager, and another successful woman who has been described as an introvert. They all replied saying “I want my opinion to be sought when my work environment is being shaped”. I have never met any women whose opinion has been asked; however, I listened to the stories of the companies that provide their employees with silent rooms and other spaces where they can both socialize and be alone. I wanted to approach the introverts who are the silent power of the business life about their relationship with their work environments. Some beautiful videos were produced as a result.

Today, maybe the clamorous chaos which I observed at her workplace twenty years ago does not exist anymore. The typewriters are replaced by top-notch computers, coffee machines, and the meeting rooms have become more modern. However, I think that we can still ask the same question; is the plant happy in this environment, will she ever thrive and bloom in this environment? But what is more important is that will we ever succeed in becoming the voice of her silent power?

Brief past and present of transgender people in Turkey: Ülker Sokak...