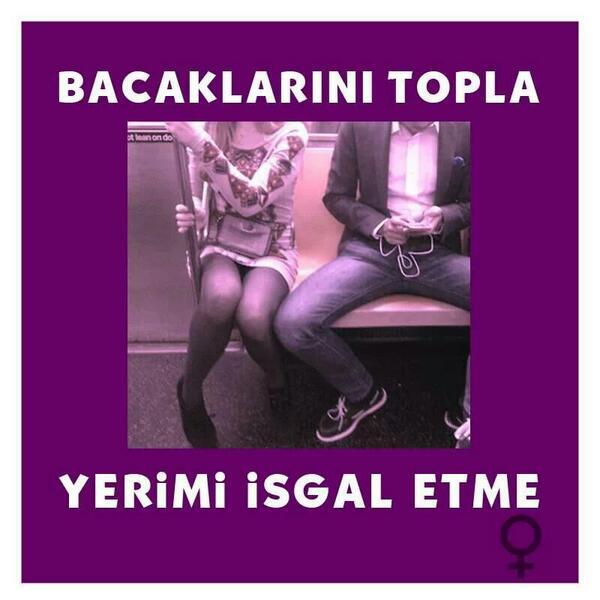 “Stop Spreading Your Legs, Don’t Occupy My Space” campaign was launched to counter men spreading their legs while sitting in their seats on public transportation to the point that women are forced into sitting in very cramped up spaces and being subjected to harassment.

Women organized under Istanbul Feminist Collective (IFK) created two kinds of stickers to draw public attention to the types of harassment and disturbance they experience on public transportation. Two different messages were written on the stickers and social media posts created: “Stop Spreading Your Legs, Don’t Occupy My Space” and “Stop Spreading Your Legs, Don’t Harass Me”. 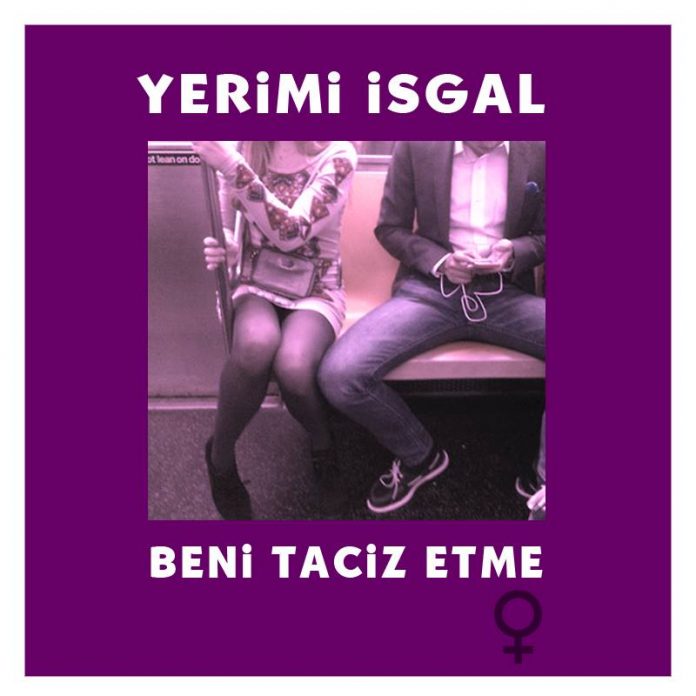 The photograph of one of the stickers became widespread on social media in a very short time. In a way, “Stop Spreading Your Legs” turned into a social media campaign on its own. Women from different walks of life and women organized under different groups shared these images on social media. On April 17-18, the campaign was mentioned in all the newspapers. TV channels featured this campaign in prime-time news. This campaign became popular in a very short time since the women who saw the photograph share similar experiences on public transportation.

Rape on public transportation and the responsibilities of municipalities– 2: Examples from around the world

Feminist research at the intersection of immigration and gender / Interview...

“Whether you like it or not, we are part of this...

The Years: the hubbub rising from things, humans, and streets