In fact, what causes a problem for a woman is not ageing but the accumulation of all the inequalities imposed on her throughout her life due to being a woman. This shows us that we cannot talk about ageing without talking about women, femininity, and sexism. 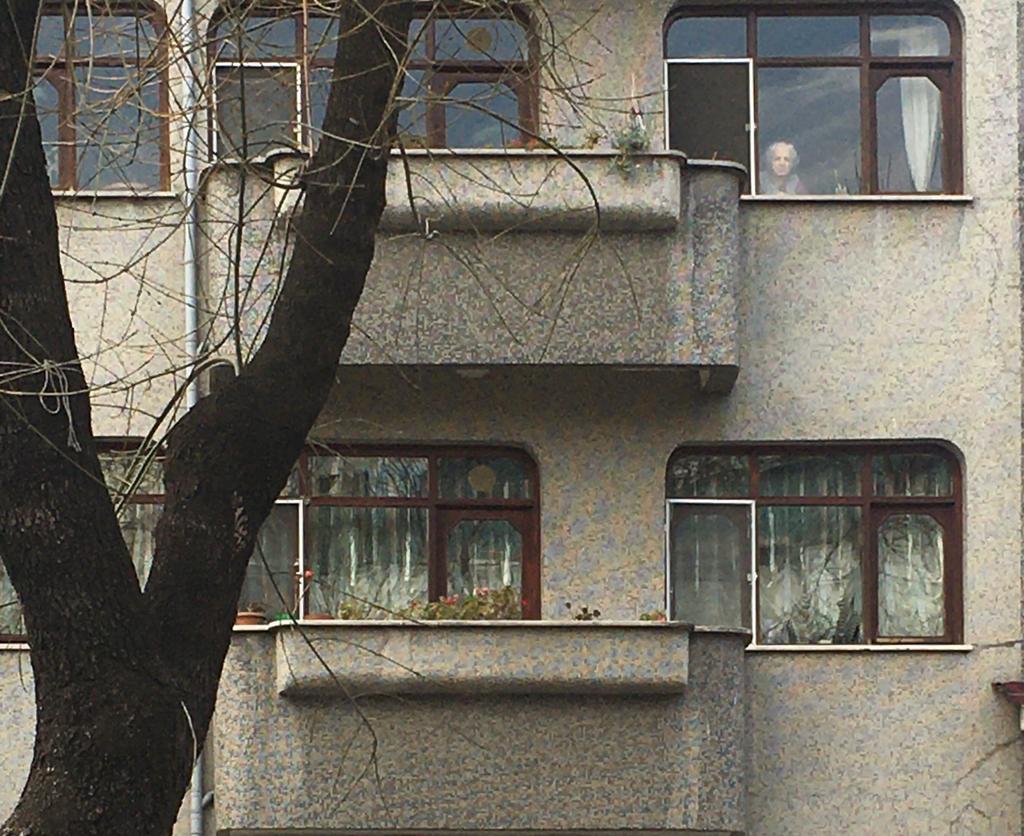 Young or old, we all have prejudices about ageing even though we are all ageing every single day. The elderly are the others of the adult-oriented society. In fact, the lining up of children by this adult world, which determines what children can and cannot do and ignores their subjectivity and will, is discussed with reference to the concept of adultism. We can broaden this concept in a way to encompass what the adults, having internalized neoliberal values to their bones, do to the elderly. As widely discussed on social media recently, the conversations about during which hours the elderly can go out are a good example of this. Moreover, children and the elderly are constantly compared; the elderly who have lost their cognitive capabilities or who are thought to be “grumpy” are said to have turned into children. This comparison reveals itself in our conversations with the elderly, that is, when we talk to them in the same way as we talk to children: short sentences, lots of pauses, expressions such as “Oh, she is so cute”, giving orders… Or, calling social day care centers for the elderly as elderly nursery (creche)…

The prolongation of human life actually means the prolongation of old age. As evidenced by the fact that the effects of long old age are identified with a ravaging expression such as tsunami, old age is associated with expressions of dependency and burden. Even though you have worked for years as a citizen of a country, you will be considered as a burden to the country’s economy due to your rights such as health and housing. This is ageism. Once we internalize ageism, we keep avoiding ageing. Especially if we are a woman, then our age is not asked, we are the target of the anti-ageing cosmetics sector, we are the regular customers of aesthetic and plastic surgery. Regardless of our age, as we age, our perception of when old age begins is also postponed. Even if we are old now, we do not admit that and we refuse to associate with other elderly people. If we are old and healthy, then we are not elderly. Old age is identified with disease, and in any case, it is considered a status that must be achieved, actively sustained and, in the worst case, reconciled.

The basis of this view of ageing is neoliberal values of individualism and competition that require production for the market, speed, and adaptation to change. From this perspective, the elderly are seen as slow and unable to adapt to change and they are considered unable to individually reproduce themselves without benefitting from the social security system; hence, their presence becomes “intolerable”. In order to avoid ageing, one should achieve successful and active ageing and abide by the adult world. Those elder people who cannot adapt are seen as retired people who do not produce anything but only consume; as a burden to the social security system with their demands for care and health, to the economy, to the productive youth and adults who keep the economy running; and even as those who consume the resources of the youth and adults. For these reasons, middle-aged adults and the youth see the increase of the elderly population as a threat to resource sharing and the future of countries.

Political scientist Robert Hudson’s definition of “graying of the budget” is an expression of the growing neoliberal concerns in the mainstream media as to who will shoulder this “increasing burden”. On the other hand, economist Lester Thurow claims that considering the elderly population as a dominant voting bloc and developing policies suitable for this majority by governments will pose a threat to democracy and, hence, the conflict between the rich and the poor will be replaced by the conflict between the elderly and the young population.[2]

Although the elderly population, as an age group, is desexualized, ageing becomes particularly gendered during old ages. It becomes feminized. Also, it becomes impoverished. Women both get aged earlier and live longer. Care labor of other women, young or old, is seen as the first source to turn to in order to get rid of the “burden” of the growing elderly population all over the world. Especially in conservative countries like Turkey, with the sacralization of the family and Islamization (religionization) of state institutions, this understanding diffuses into all social policies.

In 2018, 55.9% of the elderly population in Turkey was women and this proportion increases with increasing age. While the percentage of widowed elderly men is 12.2%, this rate amounts to 49.2% for women. Likewise, widowhood among women increases with age; for instance, 9 out 10 women aged above 90 have lost their spouses. Besides, 6 out 10 elderly people who do not have social security are women; the lower the level of education is among the elderly population, the higher the rate of women. The elderly women’s poverty is a multilayered result of the inequalities that a woman has been subjected to throughout her life. The fact that women provide care to elder people and children, that they cannot earn any income due to their precarious economic status (homemaker) based on their invisible domestic labor, that they work in insecure and flexible jobs and cannot retire not only confine women in the family institution but also lead them to only have widow or orphan’s pension or old-age pension. Precarious women of today become impoverished elder women of the future. These impoverished elder women are also the risk group where elderly neglect and abuse are the highest. In fact, what causes a problem for a woman is not ageing but the accumulation of all the inequalities imposed upon her throughout her life due to being a woman. This shows us that we cannot talk about ageing without talking about women, femininity, and sexism.

Therefore, it is in our favor and, actually, very crucial to take feminism as the basis for every social policy. Feminist gerontology proposes a framework as to how to deal with and overcome this reality: documenting oppressions and inequalities created by gender, race, and class throughout life and with age; defining socio-cultural, historical, and political factors shaping ageing among various groups; analyzing the relationship between production and social reproduction in the capitalist market; discussing the family ideology; defending gender equality by way of political and structural changes; reconceptualizing power and empowerment; adopting a holistic ecological perspective; seeking new opportunities for solidarity within and between genders and searching new and alternative methods for gerontological practice, politics, research and education.[3]

In the current feminist struggle, feminist gerontology encourages us to give voice not only to young women but also to women of other age groups, especially elderly women; to include the inequalities experienced by elderly women into the struggle; and to think about our own old age by fighting gender, race, and class inequality. It reminds us how we, the elder women of the present or the future, will be in solidarity with each other and the obligation to exist in solidarity, through alternative forms of economic organizations, instead of being obligatory elder clients of the neoliberal state.

What the ‘new normal’ means for women. 10 propositions

Feminist politics of abortion (or) What are rights to us?